Dhami in Delhi, second visit in past eight days, sparks off speculations amid public anger over shocking Ankita Bhandari murder : The Tribune India

Uttarakhand CM also under fire over allegations of corruption regularities in UKSSSC exams and appointments in state assembly, though CM said the visit was regarding state projects 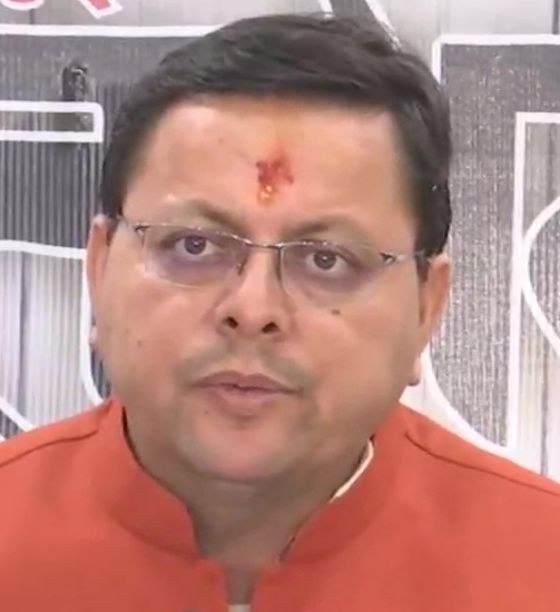 Uttarakhand Chief Minister Pushkar Singh Dhami arrived in Delhi on Tuesday for another “surprise” visit (second in past eight days) setting off speculations over possible political repercussions in the wake of the shocking revelations in the case of 19-year-old Ankita Bhandari, allegedly murdered by the son of a top BJP leader of the state.

Though before leaving for Delhi, Dhami said he is meeting Tourism Minister G Kishan Reddy for some projects in the state, the buzz is that he has been summoned for an audience with some “top party leaders”.

Sources say not just the BJP, the party’s ideological fountainhead RSS is also unhappy with the handling of the serious and sensitive murder case and charges of corruption in recruitment against the party-led government that led to a spate of protests and agitations in the hill state.

“The central leadership is concerned over the public anger and resulting perceptions. The state has not witnessed such an undercurrent since the agitation for separation from Uttar Pradesh,” they said.

Though Dhami is also under fire over “charges of corruption and irregularities in government recruitments”, public anger over the murder, allegedly by Pulkit Arya—the son of former Uttarakhand Minister Vinod Arya—is the proverbial last straw, they added.

While Vinod Arya and his other son Ankit Arya have already been expelled from the BJP, Dhami’s detractors are gunning for him. “Rivals have registered complaints against him with the central leadership, which is aware of the factionalism in the state unit and in cognizance of allegations of corruption/ favouritism in recruitment and allocation of contracts and criticism of the working style of Dhami,” they said.

Not just this, the CM is also facing flak for ordering the demolition of Pulkit Arya’s resort (where Ankita was working) and as a result “destroying important evidence in the case”. While questions are being raised why the resort was demolished in such a hurry, police officials claim no evidence was lost.

On his part Dhami has sought the establishment of a fast-track court for speedy justice to Ankita. Stating that the safety of “daughters” was the responsibility of the state government, Dhami said strict action has been taken though Ankita’s mother claimed she was not shown the body before cremation. Dhami has also directed officials to identify hotels, resorts and religious places built on encroached government or forest lands

So far as the Uttarakhand Subordinate Services Selection Commission (UKSSSC) recruitment exam leak case is concerned, the STF has arrested around 41 accused. Being a border state, Uttarakhand is an important state in BJP’s political strategy, a reason why the party wants the situation to cool down, the sources said, adding that it is also mulling over creating the post of Deputy CM and accommodating factions through reshuffle.