Within a month of joining the resort, the couple decided to quit after witnessing the alleged wrongdoings 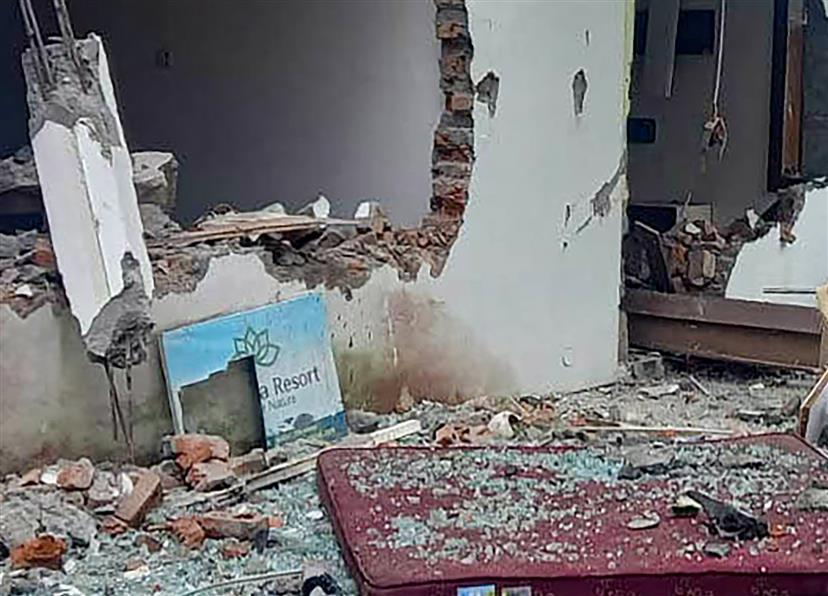 An illegally built resort after it was partially demolished by authorities in Pauri Garhwal district. PTI file

A young couple from Uttar Pradesh who worked at the now infamous Vantara Resort in Rishikesh, had managed to ‘escape’ two months ago after they witnessed ‘suspicious’ activities there.

The couple Rishita and her husband Vivek Bhardwaj, 29, walked 10 km until they caught a bus and returned home in Meerut.

Rishita, 27, worked at the front office of the resort and Vivek was with the housekeeping department.

Within a month of joining, the couple decided to quit after witnessing the alleged wrongdoings.

They found the job through a post on social media.

The couple told reporters that the main accused in the Ankita Bhandari case, Pulkit Arya, was abusive.“He would entertain guests with girls and drugs. We decided to leave within a month of joining. However, when we went back home to Meerut, we started receiving calls from the two other accused, Ankit Gupta and Saurabh Bhaskar. They kept calling us for over a week, urging us to return. They promised everything would be alright and assured us of better emoluments,” said Vivek.

The couple are now back in Rishikesh to depose before the Uttarakhand police probing the case.

Rishita told reporters: “We went back but they continued with their illicit activities. They even refused to give us our salaries and thrashed me once. I approached the local police, who were of no help. We tried to contact the Haridwar police but no help came from them either. Cops kept telling us that the area did not fall under their jurisdiction and that we must approach the local patwari. However, the patwari was hand in glove with Pulkit and others and joined in on our harassment.”

She further alleged that she was held ‘hostage’ along with her husband after the two were forced to sign an apology letter for a fake theft case.

“They said the letter would be used against us if we even thought of leaving,” she added.

The couple said they left the resort at 3 a.m. by scaling the wall along with another employee and walked a long distance till they boarded a bus.

“A four-member SIT in its ongoing probe of the case will record the statement of the couple in the case,” the Uttarakhand Police said in an official release on Tuesday evening. IANS