The annual requirement varies from a few dozen rounds for systems like SMERCH rockets to about 70 lakh 7.62 mm bullets. 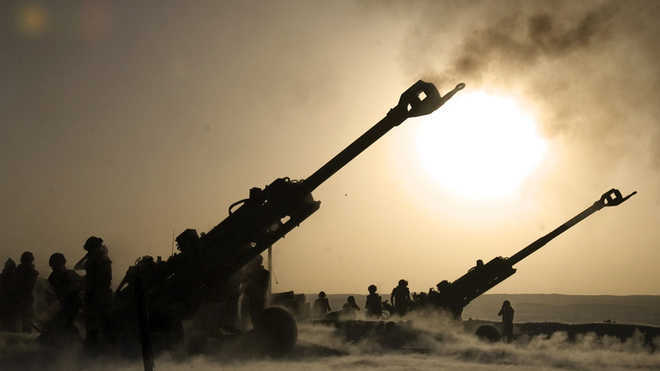 The annual requirement projected to be sourced from the private sector varies from a few dozen rounds for systems like SMERCH rockets to about 70 lakh 7.62 mm bullets.

The Army has asked private industries to meet the annual requirement for different types of ammunition, including rifle bullets and artillery rockets, for the next 10 years. The move, however, comes with a rider that interested manufacturers will not receive any financial support for their venture.

In a series of requests for information (RFI) issued on Tuesday, the Master General of Ordnance’s Branch at Army Headquarters has sought to identify prospective manufacturers for participating in the indigenous manufacture of ammunition.

The types of ammunition to be manufactured include rockets for the 300mm SMERCH and 122 mm BM21 systems, 90 mm shoulder-fired rocket launcher, 155 mm, 40 mm and 20 mm rounds for artillery and air defence guns as well as 7.62 mm and 9 mm rounds for different rifles and carbine.

The annual requirement projected to be sourced from the private sector varies from a few dozen rounds for systems like SMERCH rockets to about 70 lakh 7.62 mm bullets.

While inviting private firms for manufacturing ammunition, the Army has also made it clear that the government will neither provide any special concessions nor any funding or investment to facilitate setting up requisite infrastructure by participating firms.

The manufacturers will also be responsible to obtain necessary clearances under the Arms Act from the Ministry of Home Affairs, manufacturing licenses from the Department of Industrial Policy and Promotion as well as any other permissions necessary for the manufacture of ammunition in India.

Each type of ammunition has various variants or type of warhead to be used for different purposes. The Russian-origin SMERCH rockets, for example, can be equipped with cluster warhead, fuel-air explosive warhead and a high explosive fragmentation warhead. Similarly, the 7.62 mm rounds are for use in assault rifles and different types of sniper rifles.

The army has approached the private industry earlier for indigenous manufacture of ammunition. While some private manufacturers are supplying certain types of ammunition, the bulk of the indigenous supply comes from the state-run Ordnance Factory Board. A large quantity, especially that of critical and specialized ammunition, continue to be imported.

The shift towards the private industry to meet defence requirements is part of the government’s efforts to facilitate the development of indigenous capacity, reduce import dependence and with the long-term objective of building capacity within the industry as a robust alternative source of ammunition. The government has approved manufacturing of eight selected ammunition for Indian Army by the Indian Industry.

In 2017, the government had initially identified eight types of ammunition that could be produced by the private sector. The armed forces are also identifying weapons and equipment that will be placed on the ‘negative list’ to curtail their imports and switch their procurement to indigenous sources. Later, the government also allowed domestic private companies to tie up with foreign firms that had been banned for corrupt practices to manufacture ammunition.