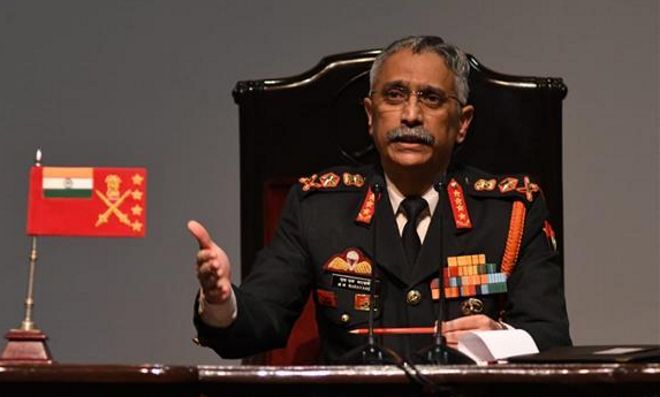 Pakistan’s western front continues to remain unstable and its government fishing in troubled waters of Afghanistan is going to hit it back, Army Chief General MM Naravane said on Thursday.

Without naming Pakistan, he said terrorist attacks in J&K have increased during the past two and a half months and these “activities” were being sponsored by “our western neighbour”.

When asked at a defence conclave if Pakistan can now concentrate more of its assets towards India as it sees its western front with Afghanistan under its control, Naravane replied: “I think it is too early to draw that conclusion.” He said, “India should not expect favourable outcome in every round of talks being held with China to settle border issues and ‘points of divergence’ will be resolved as long as both nations keep talking.” — PTI