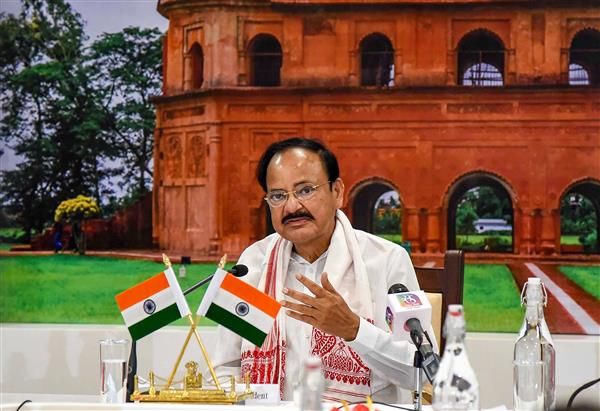 India on Wednesday slammed China for questioning the visit of Vice-President Venkaiah Naidu to Arunachal Pradesh last week, saying the state is an integral and inalienable part of India.

Naidu visited Arunachal Pradesh on October 9 and addressed a special session of the state Assembly.

Chinese MFA spokesperson Zhao Lijian during a TV interview said, “China’s position on the boundary issue with India is consistent and clear-cut. The Chinese government has never recognised the so-called Arunachal Pradesh established unilaterally and illegally by the Indian side and firmly opposes the Indian leader’s visit to the area.”

‘Arunachal an integral part of India. We reject such comments’, India hits back

Responding to the comments, MEA spokesperson Arindam Bagchi said, “Arunachal Pradesh is an integral and inalienable part of India. Objecting to the visit of Indian leaders to a state of India does not stand to reason and understanding of Indian people. We reject such comments.” Though the visit took place on October 9, the Chinese reaction came two days after the Taiwan Foreign Ministry thanked India for touching national day messages on October 11. The MEA pointed out that the current situation along the LAC in the western sector has been caused by China’s unilateral attempts to alter the status quo in violation of the bilateral agreements. “We expect the Chinese side to work towards early resolution of the remaining issues along the LAC in eastern Ladakh while fully abiding by bilateral agreements and protocols rather than trying to link unrelated issues,” said Bagchi.

In February last year, China had objected to Amit Shah’s visit to Itanagar.