Says the govt will spray Pusa bio-decomposer on stubble on around 5,000 acres this year 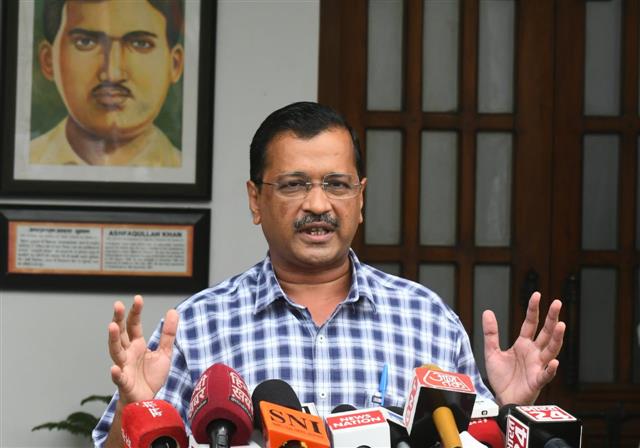 The chief minister said that by taking certain steps by the government, including the introduction of an electric vehicle policy in 2020 and 24-hour electricity supply, the air-pollution level had declined in the last four years.

Announcing the action plan, Kejriwal said the government would spray Pusa bio-decomposer on stubble on around 5,000 acres this year.

"The Delhi government will install 233 anti-smog guns and 150 mobile anti-smog guns to curb pollution. The government has also developed a green room comprising nine scientific experts who will monitor the situation," he said during a digital briefing.

The chief minister said the government, in partnership with IIT-Kanpur, had come up with a supersite at Rouse Avenue to monitor air quality in real time and also make forecasts.

He said the government had formed 611 teams to check garbage-burning in the open and would run an anti-dust campaign. The government has also formed teams to enforce the cracker ban.

Apart from this, the government is also in the process of making an e-waste park where electronic waste collected from the national capital would be processed, he said.

Kejriwal said the Delhi government wanted to work with the neighbouring NCR cities, the Centre and the Commission for Air Quality Management to curb air pollution.

"I urge the neighbouring cities to provide 24-hour electricity so that diesel generators are not used. Just like in Delhi, piped natural gas is used by industries, other states should also follow it," he said.