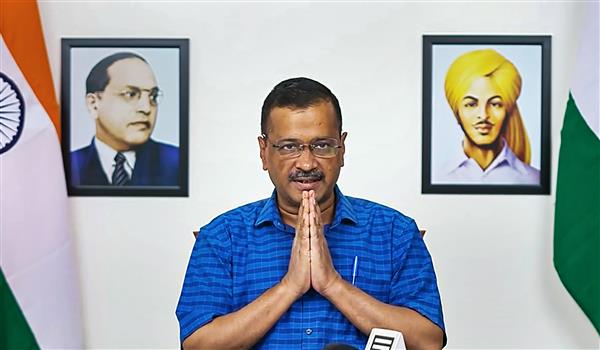 The party has lined up programmes on August 1,6,7 and 10, to be attended by Kejriwal in the state.

He has already made visits to the state in the recent past.

Elections to 182-member-Gujarat Legislative Assembly will be held towards the fag end of 2022.

The AAP is apparently pumped up following its performance in the local election, its poll cities and formation of its government in Punjab.

Kejriwal's visit to Gujarat has been drawn up in the wake of an intensifying demand for Gujarat Chief Minister Bhupendra Patel’s resignation over spurious liquor deaths.

Also, AAP has upped the ante with regard to Gujarat in the trail of Kejriwal government's liquor policy mired in controversy.

Delhi L-G VK Saxena has recommended a CBI probe in the matter. The ministry is headed by Delhi Deputy Chief Minister Manish Sisodia.

Consequently, the running feud between AAP and the Centre has snowballed and is bound to be on display during the run-up to the Assembly election.