Though non-Gandhi candidates seem to have thrown their hats in the ring, many saffron leaders believe eventually Congress will settle for a Gandhi, expectedly Rahul 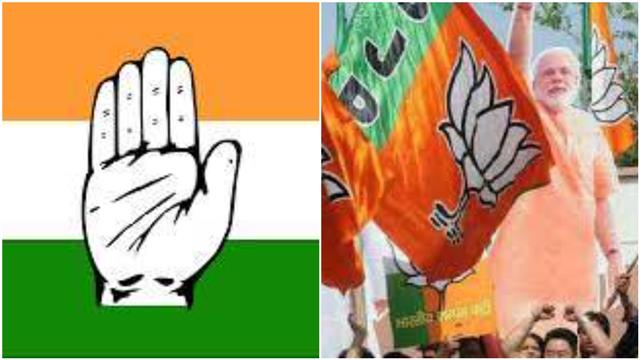 As the country's main opposition party, the Congress, prepares to hold its first presidential election in 22 years, the ruling BJP is watching the progress with great interest.

In yet another attack against Rahul Gandhi, BJP IT cell in charge Amit Malviya on Wednesday called him an “arrogant brat” with a “bloated sense of entitlement”.

Tearing into Rahul Gandhi as the Congress begins the long-awaited process of election for the party president, Malviya said, “Rahul Gandhi’s sense of entitlement is so bloated that he chose not to serve as a minister in (former Prime Minister Manmohan Singh) MMS’s cabinet because he wouldn’t settle for anything less than PM. Some people now expect that arrogant brat to contest an election for Congress president alongside (Shashi) Tharoor and (Ashok) Gehlot?”

Though two non-Gandhi candidates seem to have thrown their hats in the ring, many saffron leaders believe the Congress will eventually settle for a Gandhi, expectedly Rahul.

Notably, despite the names of Gehlot and Tharoor doing the rounds as possible non-Gandhi presidents, several Congress leaders, including the Rajasthan chief minister, are openly rooting for Rahul Gandhi as the next party chief.

Several state units of the party have also passed resolutions to the effect.

Observers say nothing suits the BJP better than Rahul Gandhi becoming the Congress president. “He fits the BJP’s 2024 attack against the Congress on all aspects,” they add. Besides, the BJP will approach 2024 with an anti-incumbency of 10 years and issues like jobs, inflation and economic growth.

It needs not to just maintain the vote share, but also register gains to offset any losses it may suffer in traditional strongholds. “Despite winning just around 52 Lok Sabha seats, the Congress enjoys a trusted vote share of  around 20 per cent in the country,” explain observers as to why BJP feels the need to keep hitting at its favourite punching bag.

Notably, in 2019 general election, the BJP registered a vote share of 37.36 per cent to bag 303 seats. Congress, on the other hand, managed just around 52. However, its vote share was 19.49 per cent. In other words, a nine per cent vote shift between the two parties has the capacity to shift fortunes on both sides.