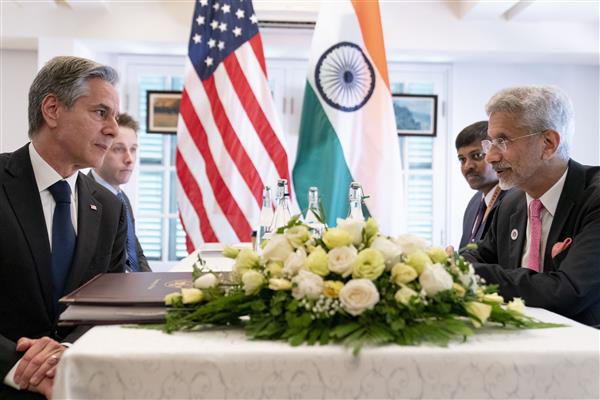 Southeast Asia’s ASEAN regional bloc has warned that a miscalculation could blow up into a confrontation while offering to mediate in the escalating tensions between China and Taiwan following US Congress Speaker Nancy Pelosi’s visit to Taipei earlier in the week.

The issue also figured in bilateral talks between External Affairs Minister S Jaishankar and US Secretary of State Antony Blinken on the margins of the ASEAN Regional Forum in Phnom Penh. While the US readout did not specifically mention the China-Taiwan crisis and said the two exchanged views on global and regional issues, it is understood that the two also touched upon the latest global crisis. On a day when Chinese missiles landed all around Taiwan, including five in Japan’s territorial waters, the Association of Southeast Asian Nations (ASEAN) warned that the volatility caused by tensions in Taiwan Strait could lead to “miscalculation, serious confrontation, open conflicts and unpredictable consequences among major powers”. The 10 nations of Southeast Asia comprising ASEAN will suffer the most from the spillover of tensions between China and US-Taiwan.

“ASEAN stands ready to play a constructive role in facilitating a peaceful dialogue between all parties,” added the statement which came as Chinese Foreign Minister Wang Yi cancelled his meeting with his Japanese counterpart Yoshimasa Hayashi in protest against a statement by the G-7 bloc which accused Beijing of increasing tensions and destabilising the region.

The statements came amidst a gathering of Foreign Ministers from 17 countries in Phnom Penh for a meeting with their 10 ASEAN counterparts for the East Asia Summit. S Jaishankar had a series of bilaterals. “Discussed the ever-strengthening India-US relationship and the global situation with the US Secretary of State,” Jaishankar tweeted after the meeting with Blinken. Interestingly, Blinken hosted a security dialogue with two of the other three partners of the Quad — Penny Wong (Australia) and Hayashi (Japan) — while not including India in the deliberations. Blinken in his opening remarks at the East Asia Summit said the US opposed any unilateral efforts to change the status quo, especially by force.