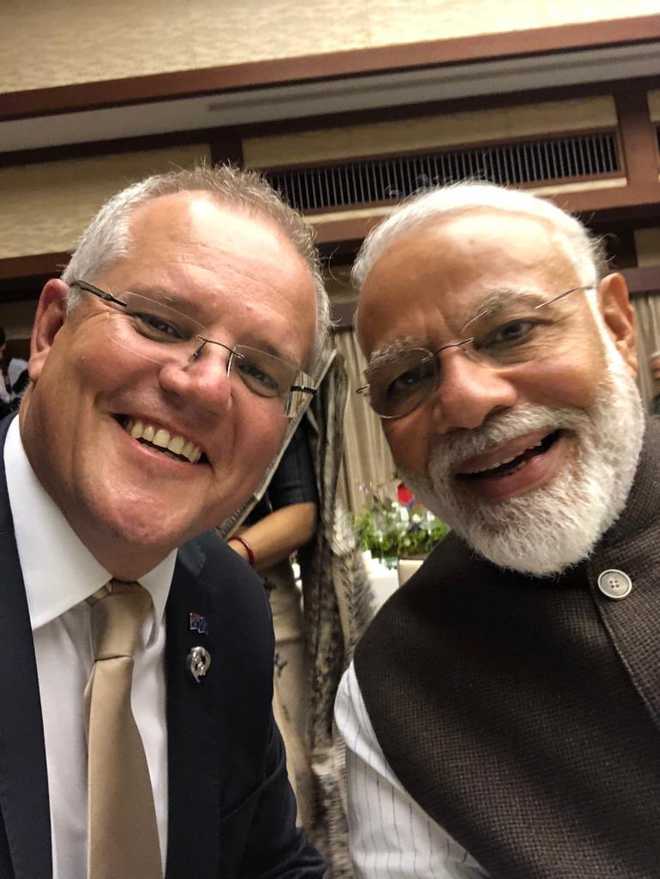 India and Australia have signed a joint declaration on Thursday to enhance their bilateral partnership, which was accompanied by the parallel conclusion of bilateral defence arrangements.

The expanded Australia-India cooperation on maritime safety and security will be marked by building stronger links between coast-guards and civil maritime agencies, and by developing deeper navy-to-navy engagement. It will be undergirded by a logistic sharing agreement that gives armed forces of both countries easier access to each other’s military bases.

To propel this security relationship further, Foreign and Defence Ministers will meet in a ‘2+2’ format to discuss strategic issues at least once every two years.

The interaction provided a glimpse of their extended relationship with Asian countries including tri-laterals with Japan and Indonesia, respectively, seven-country consultations on COVID-19 with Japan, New Zealand, the Republic of Korea, Vietnam and a quadrilateral with the US.

The security side pushed into the background a vital agreement to cooperate on rare mineral exports to India which officials had earlier said would be instrumental in reducing the dependence on China as well as position India for 21st-century technologies.

Australia did not raise upfront its expectations of India signing the RCEP agreement that would have given its dairy sector, under pressure from China, an alternate outlet.