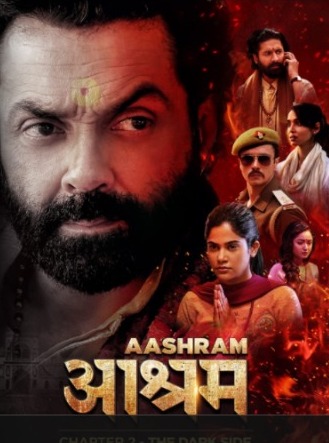 The windscreens of two buses of the crew were also broken in stone-pelting, they said.

Talking to PTI, Superintendent of Police (SP), Bhopal south, Sai Krishna Thota, said that some people raised objections and staged protests over the name of the web series when its shooting was underway at Old Jail Premises located in Arera Hills.

"Bajrang Dal activists objected that this web series hurt the sentiments of Hindus as it contains obscene scenes," he said.

Thota said that the windscreens of two buses were damaged due to stone-pelting and one person was injured.

He said that immediately after the incident, police personnel reached the spot and brought the situation under control.

No person has been arrested in this regard so far, he said.

Bajrang Dal activists also raised slogans against Prakash Jha and Bollywood actor Bobby Deol, who is in the lead role in the web series Ashram, accusing them of hurting the Hindu sentiments, eyewitnesses said.

Talking to reporters, Bajrang Dal's state convener Sushil Surhele said the activists of his organisation will not allow the shooting of 'Ashram' in Bhopal.

"Prakash Jha wrongly portrayed the arrangements in a Hindu ashram in its previous seasons by showing the exploitation of women by gurus. There have been ashrams in Sanatan Dharma for the past thousand years that played important role in building social values. There is no truth in what has been shown in this web series," he said.

Will Jha dare to make such a web series on other religions, he asked.

"We blackened the face of Prakash Jha and are searching for Bobby Deol, who should learn from his elder brother Sunny Deol (Bollywood actor and BJP MP), who has played roles in patriotic movies," he added.

So far, no statement was issued on behalf of Prakash Jha.

Talking to reporters, Deputy Inspector General (DIG) Irshad Wali said strict action will be taken against those involved in the incident.

"Three-four vehicles were damaged and we will identify the people involved in this ruckus. Action will be taken against such persons," he said.

The Producers Guild of India and Federation of Western India Cine Employees (FWICE) on Monday criticised the attack.

In a statement posted on Twitter, the Producers Guild of India said it strongly condemns the “brazen acts of violence, harassment and vandalism” faced by the crew.

“Unfortunately, this is not an isolated incident and the Guild is alarmed to note the frequency with which both the production and exhibition sectors are severely and illegally disrupted by various elements with impunity.

“Content production contributes significantly to local economies, generates employment and promotes tourism, which is why authorities in India and across the world formulate policies to attract producers to their respective regions,” the statement read.

The Guild said the least that production units should expect—more than incentives and benefits—is for the authorities to provide the guarantee of safety and security for their units.

“We urge the relevant authorities to take immediate and strict action against the perpetrators of these acts of violence and to bring them to justice,” the statement read.

In another press statement, the FWICE appealed to the government to take cognizance of the incident and initiate “stringent action” against those involved in the vandalism.

“The safety and security of our members is at high risk and increasing day by day due to such incidents and ignorance of the same by the respective authorities. We look for justice. The FWICE is and will always stand strongly with the Producer/Director and their crew members and extends all its required support to eradicate such happenings from the otherwise peaceful Industry,” the statement read.

Superintendent of Police (SP), Bhopal south, Sai Krishna Thota told PTI that some people raised objections and staged protests over the name of the web series when it’s shooting was underway.

“Bajrang Dal activists objected that this web series hurt the sentiments of Hindus as it contains obscene scenes,” he said.

The officer said that the windscreens of two buses were damaged due to stone pelting and one person was injured. No person has been arrested in this regard so far.

According to eyewitnesses, Bajrang Dal activists also raised slogans against Jha and Deol, accusing them of hurting the Hindu sentiments.

The first and the second season of the series premiered last year on MX Player.

The vandalism has been criticised by filmmakers Hansal Mehta, Sanjay Gupta and others.

“Scared silence and continued deference will only empower such hooligans and further such oppression. But who will bell the cat?” Mehta captioned a news feed.

Producer Pritish Nandy tweeted, “There appears to be no end to these kind of attacks. It is time the ministry spoke out and reined these guys in. They are running amuck.”       Filmmaker Sudhir Mishra also shared a news clip of the incident and wrote, “What? This is terrible. The industry has to get together otherwise … (do I have to state it). Come on, ‘Associations’. Stand with your members!”

Gupta reacted to the news by tweeting, “DISGUSTING!!!”