Bajrang leader, 3 others booked for 'assaulting' boy, forcing him to chant "Jai Sriram" in Karnataka : The Tribune India

Bajrang leader, 3 others booked for 'assaulting' boy, forcing him to chant "Jai Sriram" in Karnataka 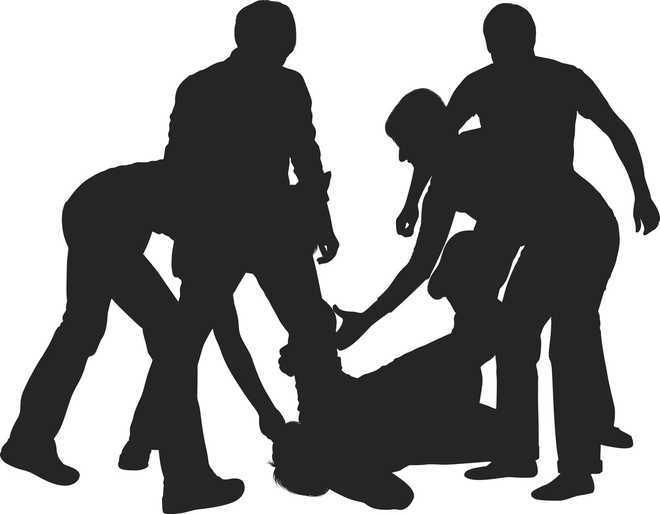 A 25-year-old local Bajrang Dal leader and three minor boys have been booked on charges of threatening and assaulting a boy and forcing him to chant 'Jai Sriram' in Dakshina Kannada district in Karnataka, police said on Friday.

The incident occurred in communally sensitive Bantwal taluk a few days ago, but a video of it went viral on the social media, after which the boy filed a complaint with the police on Thursday.

Based on the complaint, a case was registered at Vittal police station against Bajrang Dal leader Dinesh of Kanyana and three minor boys.

The four had allegedly accosted the boy, hailing from Kudtamugeru village, at a school ground and threatened to kill him, police said.

The boy was forced to chant "Jai Sriram" by the four who also took away the money from his pockets, they added. PTI