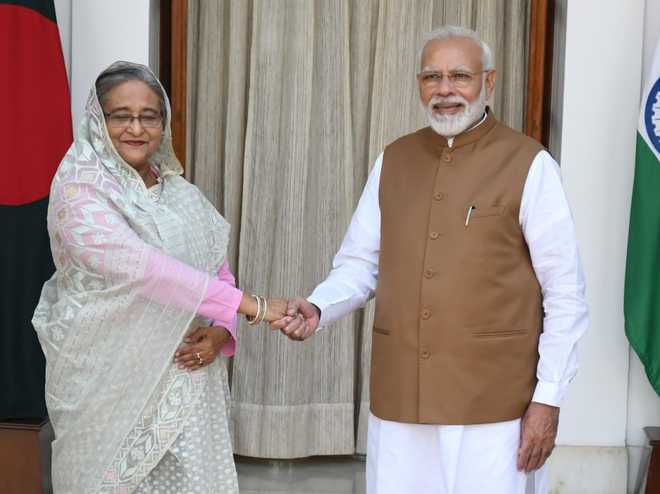 Bangladesh has invited Prime Minister Narendra Modi to visit Dhaka on March 26 next year to jointly celebrate the country’s Independence Day with his counterpart Sheikh Hasina, according to Bangladesh media.

“We’ve invited him and they agreed in principle,” reports quoted Bangladesh Foreign Minister DAK Abdul Momen as having said after meeting the new Indian High Commissioner to Bangladesh Vikram Doraiswami on Sunday. There was no confirmation from the MEA so far.

The in-person invite is in addition to a virtual meeting between Hasina and PM Modi either on December 16 or 17.

“Our victory is India’s victory. We should celebrate together,” said the foreign minister.

Earlier, Doraiswami said India does not view the virtual summit in December as a substitute for in-person visit by the Indian PM.

Dr Momen said he and Doraiswamy discussed the implementation of projects under the Line of Credit and issues related to border killing and ways to stop it by addressing issues on both sides of the border.