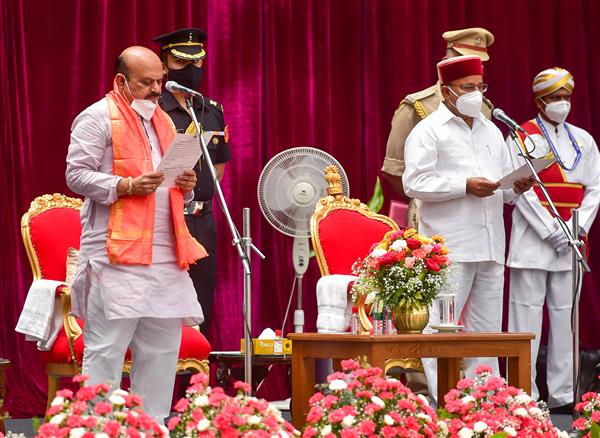 Leader of BJP’s Karnataka Legislature Party Basavaraj S Bommai was sworn in as the 23rd chief minister of the state at a simple ceremony at the Raj Bhawan in Bengaluru.

He was administered oath of office by Governor Thawarchand Gehlot.

Bommai has succeeded BS Yediyurappa, who had resigned from the top post on Monday on the directives of the central leadrship.

According to reports from Bengaluru, Bommai also offered prayers at Bhagvan Sri Maruthi Temple in the state capital ahead of his swearing-in.

The new chief minister was the home minister in the BS Yediyurappa government and was among the top contenders for the job.

During the BJP’s legislature party meeting on Tuesday, Bommai was elected unanimously after his name was proposed by BS Yediyurappa and seconded by Karjol Ashok Eshwarappa and all other BJP MLAs.