Battle for UP: Not 'Samajwadi' but 'Tamanchawadi', says Yogi Adityanath 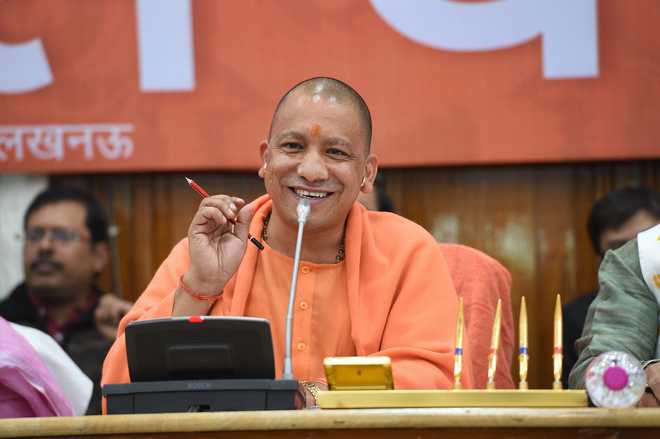 Uttar Pradesh Chief Minister Yogi Adityanath on Tuesday lashed out at the Samajwadi Party leaders and said that they were not 'Samajwadi' but 'tamanchawadi' and followed the gun culture.

In a tweet, he slammed Akhilesh Yadav's 'Jinnah' comment and said: "Those who do not think Pakistan is an enemy, Jinnah seems to be a friend. What can be said about his education and vision? They call themselves socialists, but the truth is that 'gun culture' runs in their veins." Yogi Adityanath had earlier slammed the SP for naming Nahid Hasan as a party candidate for the Uttar Pradesh Assembly polls.

"Yahi unka samajik nyay hai (this is their social justice)," he had said.

UP MLA Nahid Hasan was arrested by the police in Shamli in a case filed against him under the Gangster Act. He was then sent to jail.

Yogi Adityanath also slammed the opposition , saying that the parties were good for only showing off when the election nears. IANS