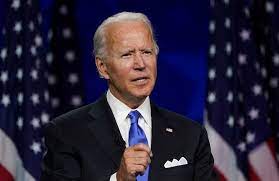 Zalmay Khalilzad, the architect of the disastrous deal with the Taliban, has resigned as the US Special Envoy for Afghanistan and has been replaced by his Deputy Tom West, US Secretary of State Tony Blinken has announced.

The arrangement between Af govt and Taliban did not go forward as envisaged.... Reasons are too complex. — Zalmay Khalilzad, US Diplomat

Not only did Khalilzad’s deal exclude Ashraf Ghani’s US-backed government, it gave generous concessions to the Taliban, including the release of 5,000 Taliban prisoners in return for just 1,000 pro-Ghani captives.

The man who wished to be the President of Afghanistan one day, say his critics, had sensed the turn of events two days before the Taliban takeover in Kabul and had drastically cut down his prolific social media presence.

Khalilzad, a US diplomat, has long been a controversial figure for his involvement in “war on terror”. He also led Washington’s talks with the Taliban, which many see as the main precursor to the Pashtun-dominated group’s lightning victory in Afghanistan. — TNS