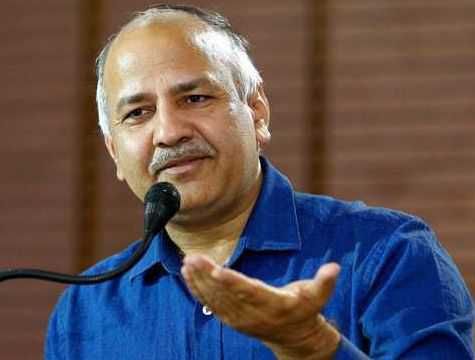 The BJP and the AAP once again indulged in a war of words on Saturday over freebies and the state of Central finances. Opening the salvo against the BJP, Delhi Deputy CM Masnish Sisodia and AAP leader Sanjay Singh said the Modi government was using taxpayers’ money to provide benefits worth 19 lakh crore to their “super-rich friends but demonises the same taxpayers availing welfare schemes”.

“They’re (BJP) making fun of welfare schemes by saying it’s a ‘revari’. In a ‘dostwaadi’ model, they won’t waive the loan of a single farmer. Under this model, they don’t believe in giving free education to students,” said Sisodia.

“They (BJP) believe in ruining schools & hospitals to the extent that people are forced to go to private schools and hospitals which mostly belong to their friends. Once poor people fail to pay the fee, gates of these private institutes are shut for them,” he added.

“Ever since CM Arvind Kejriwal has put the reality of the Modi government in front of the public, all senior BJP leaders and ministers have been rattled,” he said, adding that AAP would not let this dual policy continue; we won’t let the super-rich be portrayed as saints when taxpayers are being demonised.’

BJP’s Amit Malviya countered by pointing out that Sisodia did not give reasons why Delhi was revenue surplus despite AAP’s politics of “revari culture”. “Here is the CAG report, which the Delhi Government tabled after a four-year delay. It says the government is surviving its profligacy because of Centre’s support,” he said.