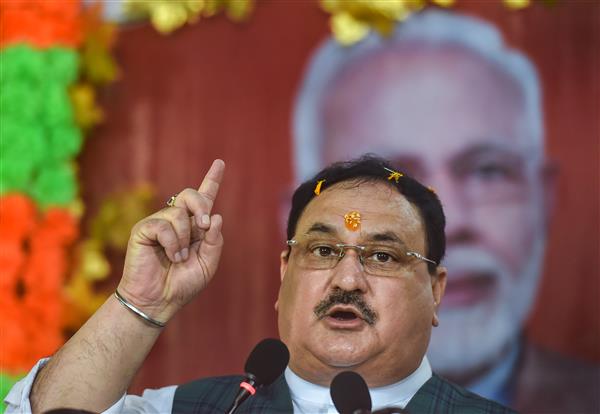 With India’s farmers’ agitation and the three agriculture laws making international headlines, BJP president JP Nadda on Tuesday held a meeting with top leaders and functionaries from Haryana, Rajasthan and Uttar Pradesh — the states leading the stir along with Punjab.

The meeting was aimed at discussing and devising the party’s strategy amid the string of mahapanchayats being organised by protesting farmer leaders.

Minister of State Sanjeev Balyan, who belongs to the same ‘Balyan khap’ as BKU leader Rakesh Tikait and other leaders from the region; Sat Pal Singh (Baghpat MP), Krishan Pal and Om Prakash Dhankar from Haryana were among the others present along with MPs and MLAs from the region.

Notably, the growing influence of Rakesh Tikait in western Uttar Pradesh, and now parts of Haryana and Rajasthan as well, is a matter of concern for the BJP as the movement is gaining support of non-Jats, including Dalits and Muslims, which was being considered a predominantly Jat-driven agitation.

The saffron party has been sweeping western Uttar Pradesh and Jat-dominated regions on the back of consolidation of Hindu voters.

However, emergence of Tikait as the new binding force at these mahapanchayats and the support from non-farming castes and Muslims to the farmers’ agitation has the potential to upset the carefully-nurtured vote bank that won it the Lok Sabha and the Assembly seats.

Leaders of its rivals in Uttar Pradesh — Samajwadi party and the RLD — are already trying to woo these sections by building their narrative around “protecting village economy from pro-corporate policy of BJP governments”.

Sources say the BJP is considering mega reach-out to the community at the highest level to blunt the growing perceptions against the party. Top leaders were expected to pitch in this campaign to “dispel the misconceptions being built against the farm laws and the party”, they said, confirming that mahapanchayats in Haryana, western Uttar Pradesh and parts of Rajasthan is among the reasons for the ‘manthan’ by the BJP leaders on Tuesday evening.

The government and the party wanted to resolve the issue and “our doors are always open for farmers”, the sources added.