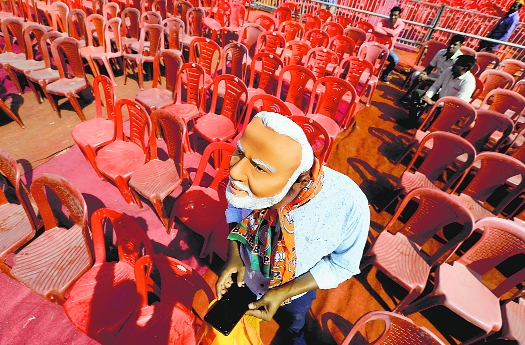 The saffron party has also lost considerable ground in Varanasi.

Coming ahead of the 2022 Assembly poll, the results of zila panchayat elections in Uttar Pradesh are not so encouraging for the Yogi Adityanath government.

The latest trends indicate that not only has the Samajwadi Party given it a good fight, the saffron party has also lost considerable ground in Varanasi, Ayodhya, Mathura, and Lucknow districts.

“The primary reason behind the BJP’s below-expectation show is the disenchantment of rural people with the state government and its policies. The farmer agitation is not the only reason because its impact is limited to western UP, while the party has lost throughout the state,” said agriculture expert Prof Sudhir Panwar, who is also allied with the Samajwadi Party.

SP chief Akhilesh Yadav said, “The Samajwadi Party is the voters’ first preference. The BJP’s poor show in the constituencies of the PM and CM shows the people have rejected the saffron party.”

Panwar said: “There are several reasons for the BJP not doing well. The dominant among them is the economic marginalisation of farmers and labourers over the past four years. People have lost hope and trust in BJP policies and promises as the government has failed to fulfil the promises made in the party’s manifesto.”