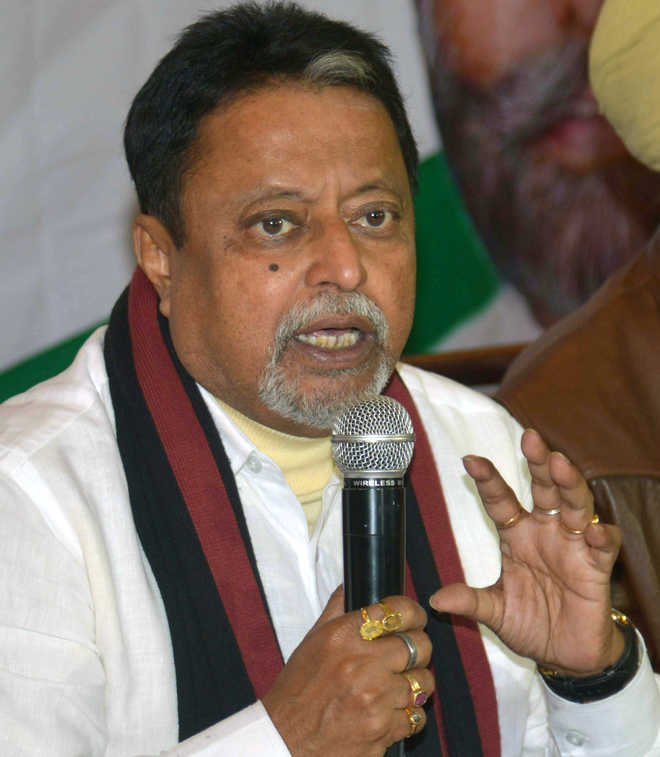 The saffron party on Thursday sought cancellation of Mukul Roy’s nomination for the Public Accounts Committee (PAC) and urged the Assembly secretary to reject his candidature as his name has not been proposed by the BJP Legislature party and the TMC is ineligible to advance his nomination as he has been elected on a BJP ticket.

Roy was among the 20 MLAs who filed nominations for memberships of the Public Accounts Committee (PAC) of the West Bengal Assembly on Wednesday amid speculations that he may be appointed its chairman.

The TMC has submitted 14 names and the BJP has put forward six names. Roy featured in the list of 20.

Roy, officially a BJP MLA from Krishnanagar Uttar, switched over to the TMC last week but did not resign from the assembly or was disqualified under the anti-defection law.

“We have submitted a letter to the assembly secretary objecting Mukul Roy’s nomination for the PAC membership.

According to the assembly rules, either his name has to be submitted by the TMC or the BJP.

Citing Rule no-302 of the Rules Procedure and Conduct of Business in the West Bengal Legislative Assembly, the letter by the BJP noted that the norm of electing members to the PAC is based on the Principle of Proportional Representation.

“Proportional Representation means election of the PAC members from amongst the proportional ratio of the parties.

The BJP has not recommended his name.

“The TMC also can’t recommend his names as he has been elected on a BJP ticket. Hence, his nomination should be cancelled,” another BJP MLA said.

Reacting to the development, TMC chief whip Nirmal Ghosh had said the letter by the BJP neither has any legal nor constitutional sanctity.

“The BJP leaders don’t know the rules and proceedings of the House. When the nominations for the PAC membership are submitted, it is done as members of the house and not as a member of any party,” Ghosh said.

Meanwhile, according to sources, all the 20 nominations, including that of Roy, have been accepted after the scrutiny.

The BJP legislature party is apprehensive that the post of the PAC chairman, whose selection is the speaker’s prerogative, might go to Roy as there have been instances when Congress MLAs switching over to TMC were appointed to the important posts, party sources said.

“As per the norm, the PAC chairman post goes to the opposition party. But, in the last assembly, we saw how Manas Bhunia and Sankar Singh held the post despite crossing over to the TMC and not resigning as Congress MLAs.

“The speaker then had cited that they are officially opposition MLAs,” a state BJP leader said.

The apprehensions gained momentum after West Bengal Chief Minister Mamata Banerjee, during a press conference, said Roy is a “BJP member” and the TMC is ready to face voting on the floor of the house on the issue of PAC chairman.

Leader of Opposition Suvendu Adhikari said Roy’s nomination does not matter as he would cease to exist as a house member under the anti-defection law. PTI