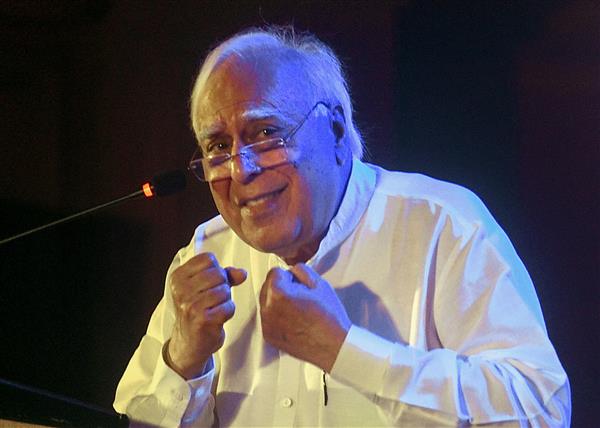 The BJP today slammed Rajya Sabha member and senior advocate Kapil Sibal for his recent comments castigating the Supreme Court for some of its recent decisions.

BJP’s IT cell in-charge Amit Malviya said: “Kapil Sibal, who it is widely believed presides over a caucus that manages cases in the top court, questions SC’s latest judgment on PMLA, a law he signed on as a minister in the UPA. He also questions powers of the CJI and other decisions of the SC. Will SC invoke contempt?”

Rajya Sabha MP Mahesh Jethmalani said, “Sibal is a senior lawyer. I am surprised he made such remarks. Judgements can be criticised but institutions shouldn’t be denigrated.”

BJP leader and Supreme Court advocate Nalin Kohli also slammed Sibal. He said, “Every day the country and millions of people look at the Supreme Court with hope. The judges can't speak except through their judgements. There is no way they can respond to this kind of allegation.”

Speaking at an event in Delhi, Sibal had expressed his displeasure over some of the recent judgements passed by the Supreme Court saying he has “no hope left” in the institution.

"If you think you will get relief from Supreme Court, you are hugely mistaken. And I am saying this after completing 50 years of practising in the Supreme Court,” Sibal was quoted as saying.

Sibal reportedly criticised the Supreme Court for dismissing a petition filed by Zakia Jafri, widow of former Congress MP Ehsan Jafri, challenging the clean chit given by SIT to Prime Minister Narendra Modi and several others in the 2002 Gujarat riots; upholding provisions of the Prevention of Money Laundering Act that give the Enforcement Directorate vast powers; and dismissing a 2009 petition seeking an independent investigation into alleged incidents of extra-judicial killings of 17 tribals during anti-naxal operations in Chhattisgarh by security forces.

“Jis court mein judge bithaye jaate hain (where judges are instituted) through a process of compromise, a court where there is no system to determine which case will be presided over by which Bench, where the Chief Justice of India decides which matter will be dealt with by which bench and when, that court can never be independent,” Sibal had said.