BJP’s ally vowed to give jobs to surrendered ultras: Kharge 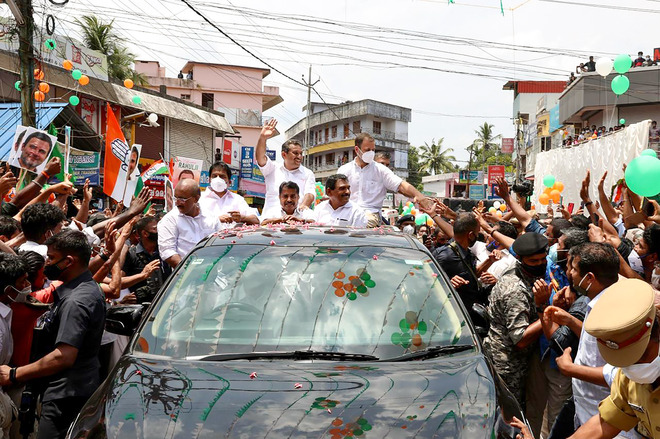 Congress leader Rahul Gandhi during a rally in Pathanamthitta. PTI

The BJP-led alliance in Assam has already sensed defeat in the election and in a desperate bid, its constituent the United People’s Party Liberal (UPPL), has promised that surrendered cadres of militant bodies will be provided with jobs in the Army and paramilitary forces, senior Congress leader Mallikarjun Kharge claimed on Saturday.

The saffron party has not named incumbent Chief Minister Sarbananda Sonowal as its CM face since the BJP is scared of being asked about promises its government did not fulfil in five years, claimed Kharge, the leader of the opposition in the Rajya Sabha.

The ruling BJP has not announced its chief ministerial candidate before the poll. “The UPPL promised that jobs in the Army and paramilitary forces will be provided to surrendered cadres of militant organisations. Since when can a state party promise jobs in the defence forces? It is a desperate attempt to misguide people for votes. Why is the BJP silent on this?” Kharge said at a press conference here. — PTI

Kottayam: Congress leader Rahul Gandhi on Saturday offered prayers at a temple of Lord Ayyappa and a Muslim shrine dedicated to Vavarswami at Erumeli, an important centre connected to Sabarimala pilgrimage, as he slammed the BJP-RSS and LDF while campaigning in Pathanamthitta, Kottayam and Idukki districts. The Congress leader hit out at Prime Minister Narendra Modi and the RSS, accusing them of dividing people on the lines of religion. PTI