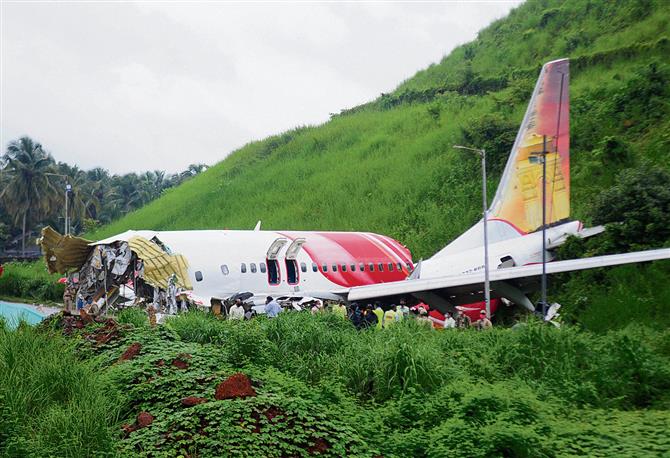 The black box of the Air India Express flight that crashed at Kerala’s Kozhikode airport last evening has been recovered.

The black box of the Air India Express flight that crashed at Kerala’s Kozhikode airport last evening has been recovered even as the death toll touched 18 today after a passenger succumbed to injuries.

Directorate General of Civil Aviation (DGCA) officials said the black box would be brought to Delhi for further investigation by the Aircraft Accident Investigation Bureau (AAIB). Civil Aviation Minister Hardeep Singh Puri visited the site and announced an interim relief of Rs 10 lakh for the kin of each of the deceased, Rs 2 lakh for the seriously injured and Rs 50,000 for those who sustained minor injuries. Additionally, CM Pinarayi Vijayan announced Rs 10 lakh for the deceased.

The Centre said all agencies, including the AAIB, DGCA and flight safety department, were on the spot to investigate and ascertain various aspects of the crash.