In an op-ed piece in a national daily, the Congress chief says that all too frequently, previously independent authorities have been reduced to ‘tools of the executive’ 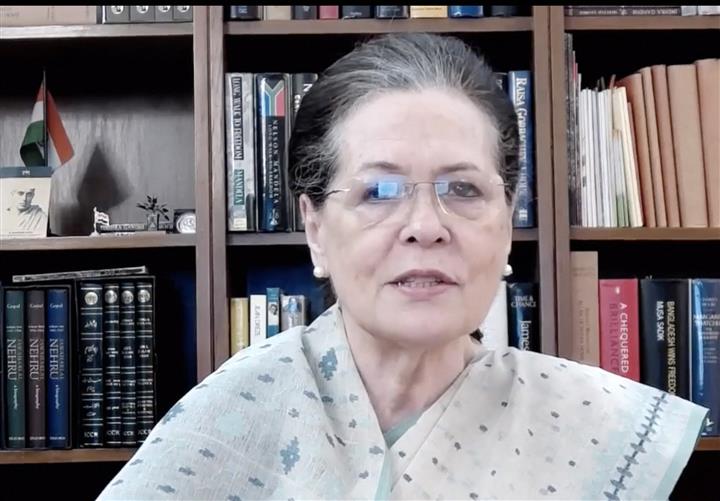 In a scathing attack on the Modi government, Congress president Sonia Gandhi on Wednesday alleged that power has become intensely concentrated over the past eight years in a handful of politicians and business persons, which is undermining India's democracy and institutions.

She alleged that constitutional values and principles are under assault, with the bonds of social harmony being deliberately stretched to a breaking point in order to keep voters polarised for electoral gains.

In an op-ed piece in a national daily, the Congress chief said that all too frequently, previously independent authorities had been reduced to "tools of the executive", ready to do its bidding in a partisan and heavy-handed way.

"As a result, election outcomes are being subverted by money power sustained by electoral bonds and cronyism. State agencies turn on any political party that opposes the current dispensation," she said.

Gandhi's article comes amid the Congress's ambitious Kanyakumari to Kashmir Bharat Jodo Yatra aimed at combating the alleged divide in the country and rejuvenating the party organisation.

Rahul Gandhi, along with several top leaders of the party, began the Yatra from Kanyakumari last week and after traversing through Tamil Nadu, it is now passing through Kerala.

In a stinging attack on the Modi government, Sonia said that painstakingly built public enterprises, which are held in common by all citizens, are being hollowed out and sold to one or two private bidders.

"Under the United Progressive Alliance, we understood that it was important to make sure that resources and opportunities flowed to all citizens in a time of rapid growth and rising inequality," she said.

Gandhi said the UPA government invested in health and education and initiatives such as the Mahatma Gandhi National Rural Employment Guarantee Act, the Food Security Act and Accredited Social Health Activists as well as the Right to Information Act and Aadhaar, improved welfare effectiveness and lifted tens of millions out of poverty.

While elites and then Opposition parties ridiculed these measures, they had been a lifeline during the pandemic and times of economic distress, she opined.

This nurturing framework, which sustained India for many decades, is now under direct attack and inequality has never been higher in independent India, Gandhi said.

Power has become intensely concentrated over the past eight years in a handful of politicians and business persons, which is undermining our democracy and institutions, Gandhi alleged.

"The independence of our institutions is being eroded and their role as balancers of the competing demands and aspirations of a wide range of social groups is being intentionally undermined," she alleged.

Gandhi claimed that authoritarian tendencies are becoming clearer, with the erosion of fundamental rights being accompanied by a narrow imposition of conformity and obedience from dutiful citizens.

"Weaker sections, minorities, women and civil society are under constant attack, supported by significant sections of the media. Parliament is not being allowed to function, forcing discontent to spill onto the streets," she said.

"This dangerous cocktail will only weaken our national fabric and create openings for India's internal and external enemies," Gandhi added.