Not everything can be done through judicial order, says court 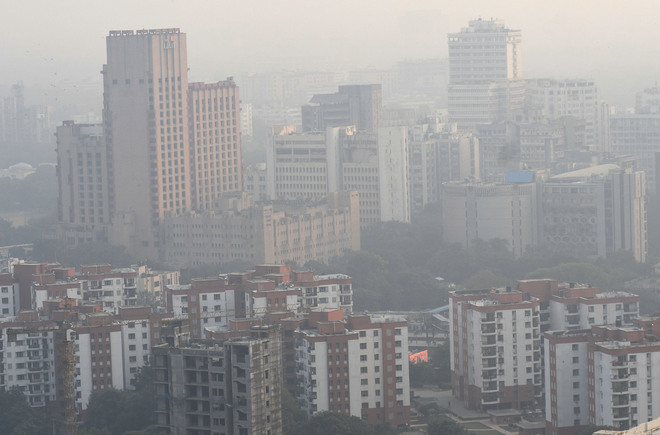 The Supreme Court on Wednesday refrained from passing any harsh directives on the worsening air pollution in the NCR and deferred the hearing on the issue to November 24 after the Centre said the condition would improve after Sunday.

The Supreme Court on Wednesday refrained from passing any harsh directives on the worsening air pollution in the NCR and deferred the hearing on the issue to November 24 after the Centre said the condition would improve after Sunday.

A three-judge Bench led by Chief Justice of India NV Ramana, however, asked the authorities not to lower the guard. It asked the Centre and NCR states to implement in letter and spirit the decisions taken in the emergency meeting held by the Commission for Air Quality Management.

The Bench – which also included Justice DY Chandrachud and Justice Surya Kant – deferred the hearing to next Wednesday after Solicitor General Tushar Mehta urged it to postpone harsher steps as the Met Department had said the situation would improve after November 21. “Basically by November 21, nature will come to your rescue,” responded Justice Chandrachud.

Senior advocate Vikas Singh, representing petitioner Aditya Dubey, said if there were no directions, “Let them (states) ensure there is no stubble burning.”

During the hearing that went on for almost two hours, the top court pulled up the bureaucracy for its “don’t take any step” attitude in dealing with any situation, including air pollution. “They do not want to take any decision. They want courts to pass orders and they are happy to implement it,” it said. “What I am observing as a Judge and before it as an AG is that bureaucracy has gone into inertia and they don’t want to do anything, like using sprinklers or water buckets, we have to say. This is the attitude of the executive,” the CJI said. “It is apathy and just apathy,” added Justice Chandrachud.

“There has to be some responsibility…not everything can be done through judicial order,” it noted.

“What we’re seeing is the plight of farmers. People sitting in Delhi in five, seven-star hotels criticise how they (farmers) contribute 4, 30 or 40% to pollution. Have you seen their (farmers’) earning per landholding?” it said.

The Bench said debates on TV channels was creating more pollution than anything else. “They don’t understand the issue and they say anything...They have their own agenda…We are here for a specific purpose. We want to bring down pollution from (AQI) 500 to a lower level,” it said.

In an affidavit filed in the top court, the Centre said instead of asking its employees in Delhi to work from home, the DoPT has advised them to go for carpooling.

The advocates representing Punjab, Haryana and Delhi informed the court about the steps being taken to tackle the problem.