CAF jawan injured in IED blast by Naxals  in Chhattisgarh : The Tribune India

CAF jawan injured in IED blast by Naxals  in Chhattisgarh

The incident occurred around 8.20 am 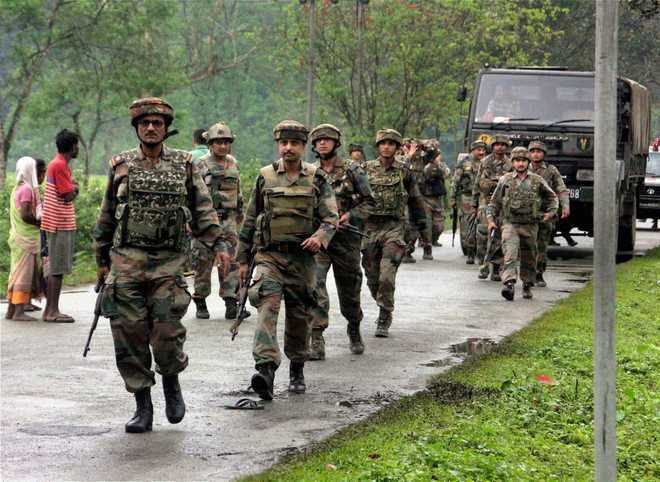 A Chhattisgarh Armed Force (CAF) jawan was on Wednesday injured when a pressure improvised explosive device (IED), planted by Naxals, exploded while it was being defused by security personnel in Chhattisgarh's Bijapur district, police said.

The incident occurred around 8.20 am in the forest near Pusnar village under Gangaloor police station area when separate joint teams of security forces were out on a road security and area domination operation, a police official said.

The personnel belonging to the District Reserve Guard (DRG), CAF and Central Reserve Police Force (CRPF) were involved in the operation, he said.

"While one of the patrol teams was cordoning off the forests between Burji and Pusnar, it spotted an IED placed beneath the ground. When they were engaged in defusing the explosive, it suddenly went off," the official said.

Constable Ritesh Patel, belonging to CAF's 19th battalion, sustained injuries in the explosion and was shifted to a hospital, the official said, adding that he would be airlifted to Raipur for further treatment.

During the operation, two more IEDs were recovered from the area, he added. PTI