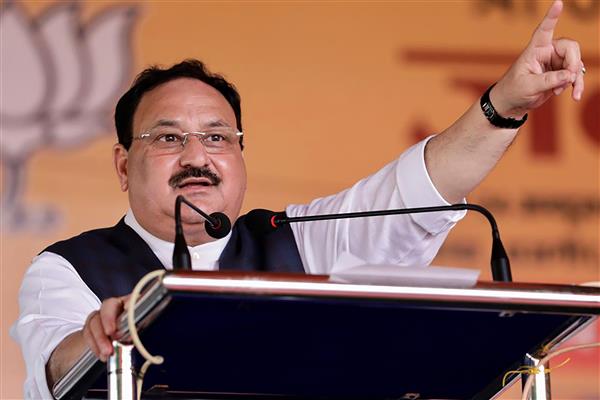 A case has been filed against BJP president JP Nadda for allegedly insulting the National Flag while paying his respect to the mortal remains of former Uttar Pradesh Chief Minister Kalyan Singh in Lucknow on August 22.

Chandra Kishor Parashar, a resident of Sikandarpur, has filed the case in the Muzaffarpur chief judicial magistrate’s court.

He accused Nadda of showing disrespect to the National Flag as the BJP flag was placed over the Tricolour over the mortal remains of Kalyan Singh before the cremation.

“The BJP did it deliberately ... Nadda’s act was an insult to the national flag,” the petitioner said.

He also submitted some pictures in support of his petition.

The court is yet to take cognisance of the case or set the date for the hearing.

Uttar Pradesh Congress had also criticised BJP for placing the party flag over the Tricolour over the mortal remains of Singh. UP Congress spokesman Amarnath Agarwal had said that the BJP leaders always acted as if they are above the nation and incident only reflected their mindset. —PTI