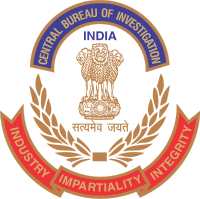 The CBI on Friday filed its first chargesheet against seven accused, including two arrested businessmen, in connection with the Delhi excise policy scam case. - File photo

The CBI on Friday filed its first chargesheet against seven accused, including two arrested businessmen, in connection with the Delhi excise policy scam case.

Delhi Deputy Chief Minister Manish Sisodia, who was named in the CBI FIR, does not figure in the chargesheet which has been filed within 60 days of the probe agency taking over the investigation.

The whole case is fake. Nothing was found in the raids. A total of 800 officers found nothing in the probe over four months. Arvind Kejriwal, Delhi Chief Minister

Delhi Chief Minister Arvind Kejriwal said in a tweet, “Manish’s name is not in the CBI chargesheet. The whole case is fake. Nothing was found in the raid.

Manish offered hope of a good future to crores of poor children in the country through a revolution in education. I am sorry that a conspiracy was hatched to defame such a person by implicating him in a false case,” Kejriwal said in tweet written in Hindi.

Meanwhile, besides arrested businessmen Vijay Nair and Abhishek Boinpally, those named in the chargesheet include the head of a news channel, a Hyderabad-based liquor businessman, a Delhi-based liquor distributor and two officials of the Excise Department.

The accused have been charged under Section 120-B (criminal conspiracy) of the IPC and the Prevention of Corruption Act, officials said.

“Further investigation is continuing to investigate the role of accused named in the FIR and other persons on various allegations including conspiracies with other licensees, money trails, cartelisation and larger conspiracies in the formulation and implementation of the excise policy,” a CBI spokesperson said in a statement.

The CBI has got an alleged “close associate of Sisodia — Dinesh Arora — to spill the beans by turning approver in the case.

Arora recorded his statement under Section 164 of the CrPC before the magistrate and was granted pardon by a special court for helping in the investigation.

The CBI, after having registered a case against 15 persons in August, had carried out searches at several places.