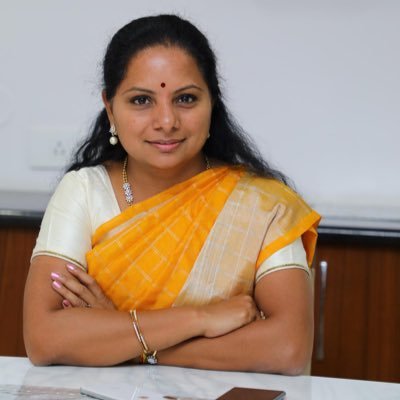 The anti-graft central probe agency CBI on Friday issued summons to K Kavitha, the Telangana MLC and the daughter of Chief Minister K Chandrasekhar Rao, to appear before it on December 6 for questioning in connection with the agency’s probe into alleged irregularities in formulating and implementing Delhi Excise Policy.

In the summons, a copy of which is with The Tribune, the CBI has said, “It is requested that kindly intimate the place of residence (Hyderabad or preferably Delhi) as per your convenience for your examination at 11 hours on December 6, 2022, in connection with the investigation of the Delhi Excise Policy for the year 2021-22.”

Kavitha on her part, told the Tribune that she has informed the CBI that she could meet at her residence in Hyderabad on December 6, as per the CBI’s request.

“I have been issued a CBI Notice under section 160 of Cr.PC seeking my clarification. I have informed the authorities that I can meet them at my residence in Hyderabad on December 6 as per their request,” she said.

The TRS MLC had earlier said she and her party leaders, who are currently under the radar of the central agencies such as the Enforcement Directorate, were ready to face any inquiry. She was reacting to reports that her name figured in a remand report by the ED on one of the accused-Amit Arora- in the Delhi liquor scam case.

Alleging that BJP has toppled eight democratically elected state governments and snatched power through backdoor politics, Kavitha had also dared Prime Minister Narendra Modi to put her and other leaders behind the bars.

Kavitha also alleged that it has become a regular practice to send agencies such as ED and CBI to poll-bound states. Telangana is slated to go for assembly election in November or December next year.

The new clinics take the total number of the neighbourhood h...