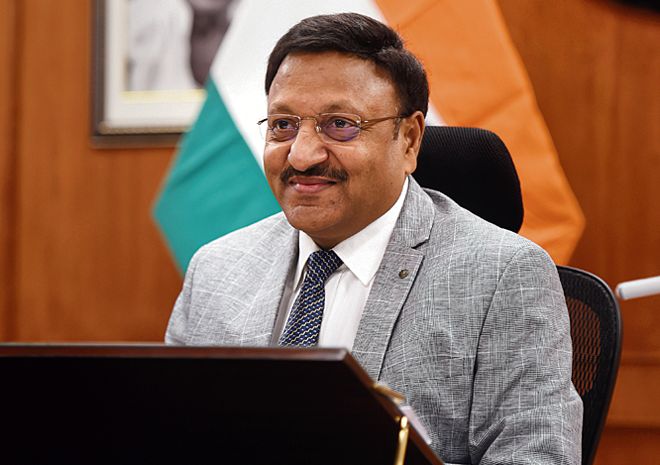 He said social media platforms ought to use their algorithm power and artificial intelligence to detect deep fakes "proactively", especially in jurisdictions like India where electoral cycles are definite and well announced.

The CEC made these remarks at an international conference organised by the Election Commission here on the "Use of Technology and Elections Integrity".

Kumar, according to an EC statement, also raised concerns over level-playing field not being in-built in platforms search results to at least show officially verified versions with the same prominence as fake content.

"He said that it is difficult to imagine if the enforcement agencies say that they would not act unless crime is reported to them; intelligence prevention is not their responsibility," the statement said.

In his keynote address, Kumar raised prominent questions such as whose primary responsibility is it to identify "blatant and system detectable" fake content and prevent them from getting uploaded and circulated on social media platforms.

He also referred to a "trend" to discredit the electronic voting machine technology. A fake news on EVM hacking attributed to former CEC T S Krishnamurthy keeps getting circulated over social media before every election, he said. Krishnamurthy has gone on record recently to deny the news attributed to him.

The two-day conference is the second in a series of three conferences to be organised by the EC. It is being hosted under the Cohort on Election Integrity led by the commission. Sixteen countries, including heads and deputy heads of nine election management authorities or election authorities, are participating in the conference.