In his address to the nation, PM says the three agri laws will be repealed and the constitutional process required to do so will be completed in the Winter Session of Parliament beginning later this month 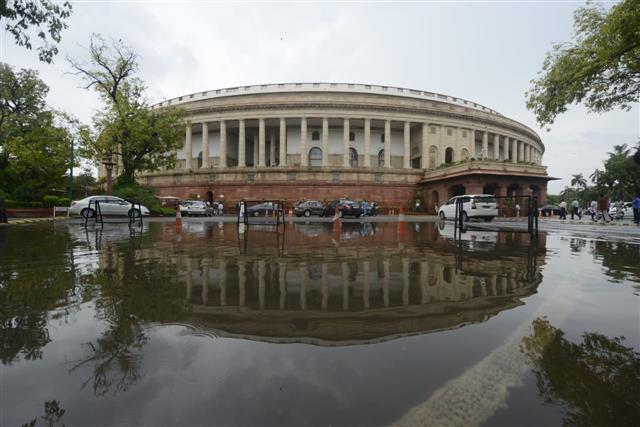 The government will have to move a bill in Parliament to repeal the three agri laws, which were at the centre of protests by farmers for the past year, Constitution and legal experts said on Friday.

In his address to the nation, Prime Minister Narendra Modi said that the three agri laws would be repealed and the constitutional process required to do so would be completed in the Winter Session of Parliament beginning later this month.

"For repeal, the power of Parliament is the same as enacting a law under the Constitution," explained former Union Law Secretary PK Malhotra.

The government will have to bring a bill to repeal the three laws.

"There is no other way," said former Lok Sabha secretary general PDT Acharya.

Responding to a query, Acharya said the government could repeal the three laws through a single repealing bill.

In the statement of objects and reason of the bill, the government can mention the reasons why it intends to repeal the three laws, he said.

"When a repeal bill is passed, it is also a law," observed Malhotra.

The three agri laws have not been implemented, but the fact remains that they are laws passed by Parliament which have received assent of the President, said Malhotra, noting that they can be repealed by Parliament alone.

Also read: Farmers at Tikri border happy at repeal announcement but in no mood to budge till formalities are completed

Withdrawal of farm laws impelled by 'fear of elections': Chidambaram

Addressing the nation on the occasion of Guru Nanak Jayanti, Modi insisted that the laws were for the benefit of farmers and then apologised to people of the country while adding that the government could not convince a section of farmers despite its clear heart and clean conscience.

The Farmers' Produce Trade and Commerce (Promotion and Facilitation) Act, The Farmers (Empowerment and Protection) Agreement of Price Assurance and Farm Services Act, and The Essential Commodities (Amendment) Act are the three laws. PTI