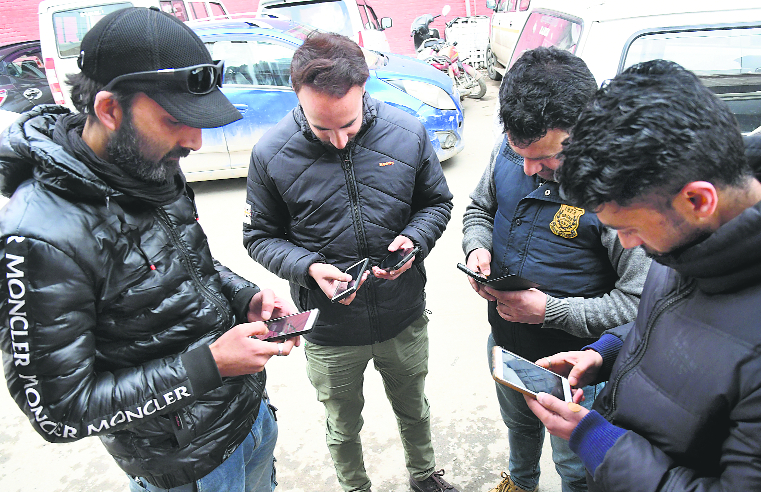 The Centre on Tuesday told the Supreme Court that subject to strict monitoring, carefully calibrated easing of internet restrictions in could be done on a trial basis in selected areas of Jammu and Kashmir.

However, no relaxation will be given in any areas adjoining international border and Line of Control, Attorney General KK Venugopal told a Bench headed by Justice NV Ramana.

Areas being considered for easing out Internet restrictions will be those which have witnessed low intensity of terrorist activities, he said during hearing on petitions seeking restoration of 4G Internet services in the newly created union territory.

He said the special committee set up on the court's order has agreed to provide high speed access on a trial basis in limited areas. But the committee was of the view that situation was not conducive

Restoration of 4G Internet services will be done in one district each in Jammu and Kashmir on a trial basis for two months, Venugopal said, adding the relaxation in restrictions will come into effect after August 15.

Thereafter, an assessment will be made after two months, he added.

"It is a good stand," said the Bench expressing the hope that the situation in Jammu and Kashmir will improve and the access to high speed Internet can then be extended to other areas as well.

"Whatever review was done or will be done, it must be in the public domain," senior advocate Huzefa Ahmadi, representing petitioner Forum for Media Professionals, said.

Solicitor General SG Tushar Mehta said these were issues to be decided on a day-to-day basis depending on ground situation.

The Supreme Court on August 7 asked the Jammu and Kashmir Administration to examine if 4G internet service can be restored in certain areas of the Union Territory where high speed internet remained suspended since nullification of Article 370 on August 5, 2019.

Solicitor General Tushar Mehta had sought time to seek instructions on the issue, saying new Lt Governor Manoj Sinha had just been appointed even as the court said with the change of LG, nothing changed as the special committee was there to look into the issue.

Petitioner Forum for Media Professionals's pleae has been seeking restoration of 4G internet service in the UT. The NGO has sought initiation of contempt proceedings against certain officials for their alleged failure to set up a committee to review internet blockade.

The NGO wanted the top court to initiate contempt proceedings against the Union Home Secretary and Chief Secretary of J-K for "wilful disobedience" in complying with its May 11 order.

Noting that the court cannot say what the situation was on the ground, the Bench said the matter should not be delayed.

The Centre had last month told the top court that it would verify then LG GC Murmu's reported statement on restoration of 4G Internet services in the UT.

The Centre had earlier told the court there can't be immediate resumption of 4G services in J&K as a special committee constituted to examine the issue has decided against it in view of "prevalent situation in this sensitive region."

In an affidavit filed in the Supreme Court, the Ministry of Home Affairs had said the situation will be reviewed for the next two months and if there was improvement, appropriate action would be taken accordingly.