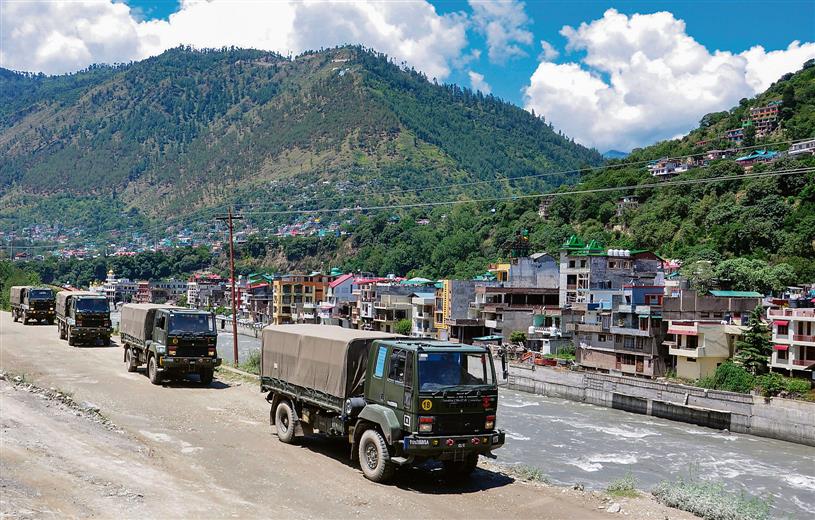 Terming China’s claim on the Galwan valley as exaggerated and untenable, India today said it was necessary to ensure at the earliest complete disengagement of troops along the Line of Actual Control (LAC) and de-escalation.

The Ministry of External Affairs (MEA) took on its Chinese counterpart, who had quoted his Foreign Minister and Special Representative (SR) for Border Affairs Wang Yi as saying that the right and wrong of what happened in the Galwan valley was “very clear”.

Beijing had also sought to imply that it had ownership over the Galwan valley where 20 Indian soldiers died in a clash with Chinese troops on June 15.

The MEA said it was hopeful that the dialogue between diplomatic and military officials of both sides would take forward the process of disengagement and de-escalation, as agreed to by the SRs.

“The NSA emphasised that the Indian troops had always adopted a very responsible approach towards border management. At the same time, our forces were deeply committed to ensuring India’s sovereignty and security,” he added, implying that Doval had indicated that Indians were in a defensive and reactive mode.

During their conversation, the two SRs agreed that peace and tranquillity in border areas were essential for the overall development of bilateral relations.

Srivastava said they also shared the view that it was necessary to ensure at the earliest complete disengagement of the troops along the LAC and de-escalation in the India-China border areas for full restoration of peace and tranquillity in accordance with the bilateral agreements.

"The Indian troops had always adopted a very responsible approach towards border management. At the same time, our forces were deeply committed to ensuring India’s sovereignty and security." Anurag Srivastava, MEA

In line with the first phase of the disengagement process from friction points in eastern Ladakh, China’s PLA today completed moving back its troops from the face-off sites in Gogra and Hot Springs, sources said.

They said both sides had completed creation of a 3-km buffer zone in the three friction points of the Galwan valley, Gogra and Hot Springs as part of a temporary measure aimed at reducing the possibility of confrontation. — PTI

A group of veterans has written a letter to the President and the Prime Minister, among others, asking that a fact-finding body be set up over “intrusions, incursions and encroachments” by China along the LAC. Copies of the letter, signed by 144 veterans, including a former Chief of the Navy, have also been sent to the Defence Minister, the Chief of Defence Staff and the Chiefs of the three Services. — TNS