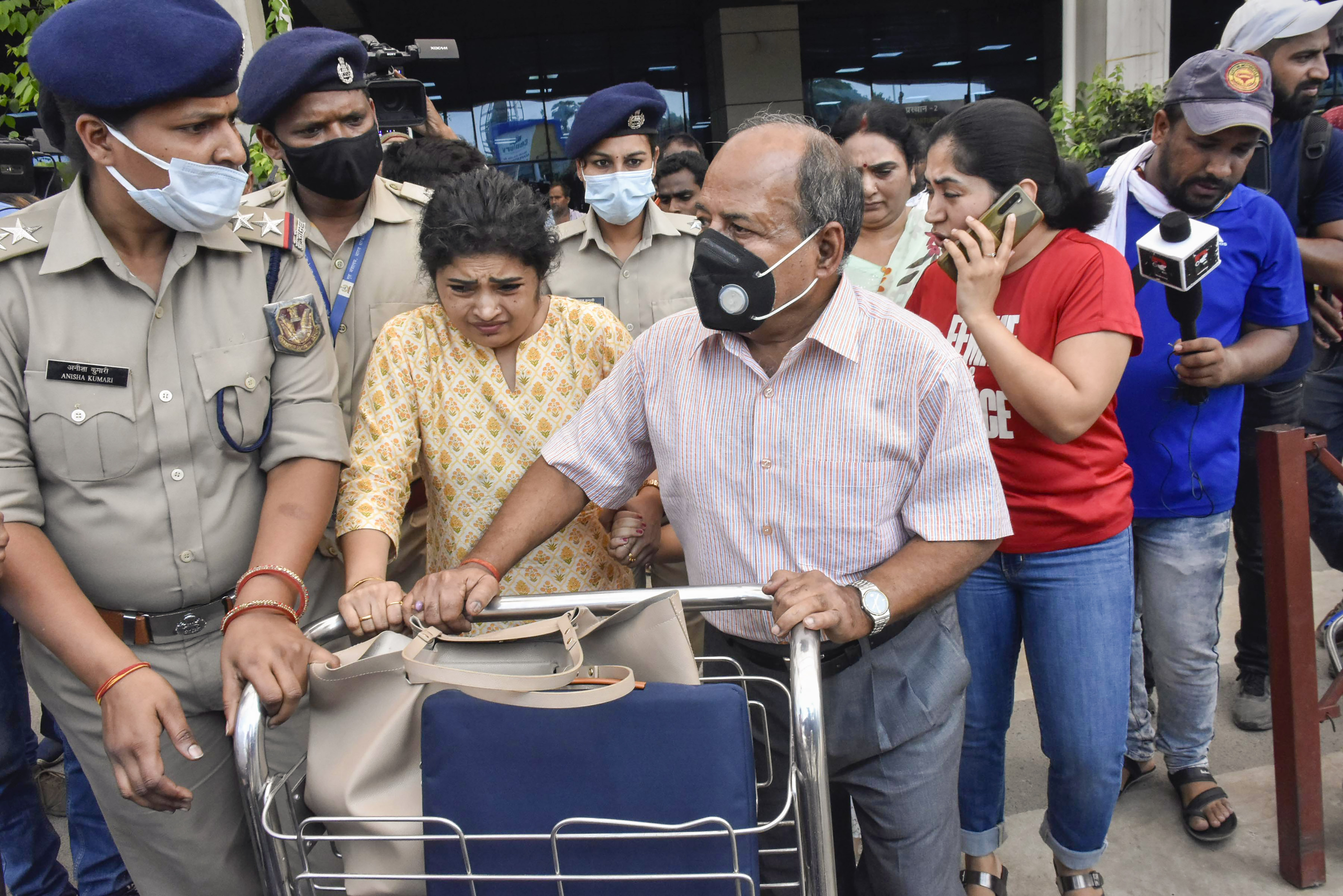 SpiceJet plane passengers after the emergency landing in Patna. PTI

A Delhi-bound SpiceJet plane with 185 passengers aboard caught fire on Sunday soon after taking off from Patna airport where it was forced to make an emergency landing.

A SpiceJet spokesperson said the incident was due to a bird hit. The aircraft took off around 12.10 pm and according to residents of localities adjacent to the airport, who claimed to have witnessed the incident, it caught fire immediately. However, none of the passengers were hurt, an official said.

Some passengers said they felt tremors inside the plane soon after take-off and the lights started turning off. “We raised an alarm. The crew members asked us to keep calm and informed us that an emergency landing was being made,” a passenger said.

Fire engines were deployed at the runway where the emergency landing was made. SpiceJet B737-800 aircraft was operating SG-723 flight and on take-off, cockpit crew suspected bird hit on engine, SpiceJet said in a tweet.