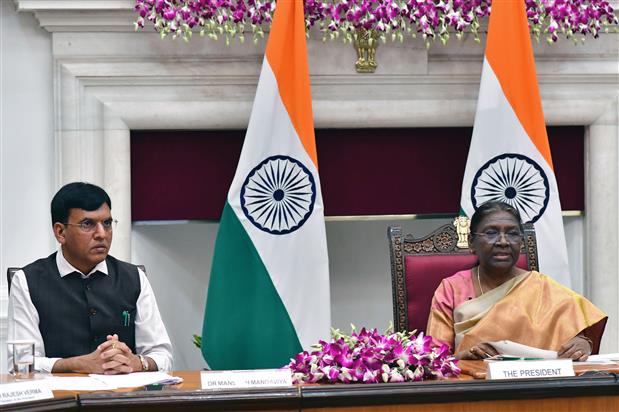 President Droupadi Murmu on Friday launched the Pradhan Mantri TB Mukt Bharat Abhiyan as well as a new people-centric plan — Ni-kshay Mitra — whereby communities will be able to adopt TB patients and provide them with nutritional, diagnostic and vocational support to aid their early recovery.

The President said it was the duty of all citizens to give high priority to the Pradhan Mantri TB Mukt Bharat Abhiyan and make the campaign a mass movement.

TB causes the largest number of deaths among all other infectious diseases in our country. India has a little less than 20 per cent of the world's population, but has more than 25 per cent of the total TB patients in the world.

“The UN Sustainable Development Goals sets 2030 as the deadline for nations to eradicate TB but India has set itself a 2025 deadline,” the President said.