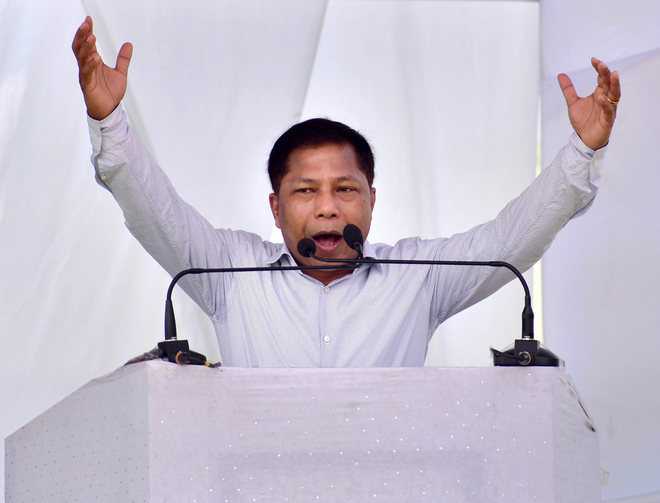 ?We have decided to join the TMC after much consideration,? Mukul Sangma, former Chief Minister of Meghalaya, told the media in Shillong today. File photo

Of the 17 Congress MLAs in Meghalaya, 12 have quit the party to join the Mamata Banerjee-led Trinamool Congress. They claimed the Congress had “failed to perform its duty as the main Opposition party”.

“We have decided to join the TMC after much consideration,” Mukul Sangma, former Chief Minister of Meghalaya, told the media in Shillong today.

“A complete sense of commitment towards serving the people has brought us to take this decision. In the 2018 Assembly elections, we were confident of forming the government, but could not. After the elections, there were attempts to poach our members, but we demonstrated our commitment. We were failing in our duty as far as the role of the Opposition is concerned,” Sangma said.

The breakaway group had submitted a list of MLAs crossing over to the TMC to Assembly Speaker Metbah Lyngdoh. The move is unlikely to invite action under the anti-defection law since more than two-thirds of the Congress MLAs switched over to the TMC, turning the defection into a “merger”. — TNS