Cong, RJD protest ‘beating up’ of MLAs in Bihar 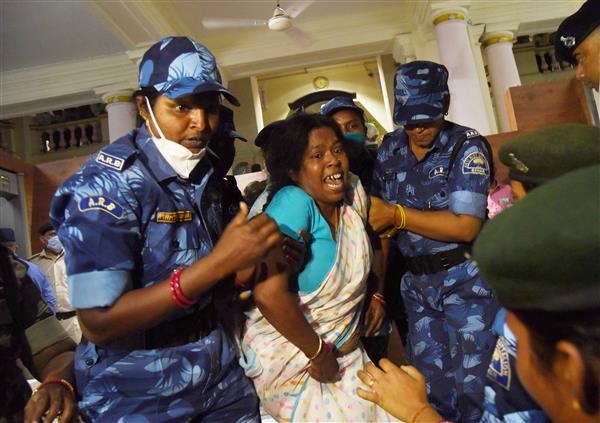 The Congress today said democracy had been throttled in Bihar where Opposition RJD and Congress MLAs, including women, were allegedly manhandled by the state police when they were opposing a Bill seeking to grant unbridled powers to cops.

RJD MP Manoj Jha walked out of the Rajya Sabha on the issue after House Chairman M Venkaiah Naidu denied him permission to raise the issue. “Let the House first decide whether it can take up issues of states. The other day I didn’t allow Maharashtra matter to be raised. You can’t raise issues on your convenience. There has to be a policy,” said Naidu.

Earlier, Congress leader Rahul Gandhi took to Twitter to say “those stripping democracy have no right to call themselves a government”. He said the Opposition would continue to speak up for the people and was not afraid of anyone. — TNS