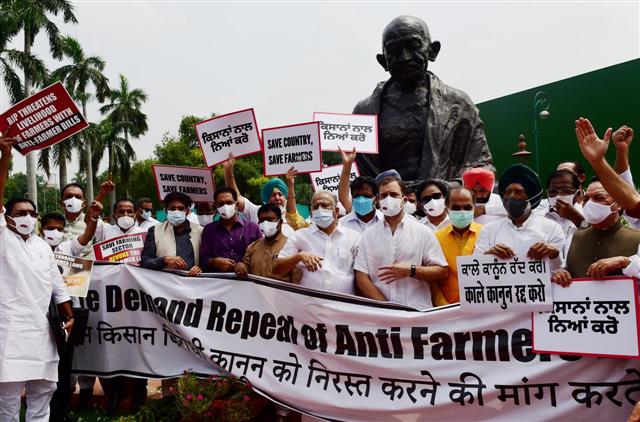 Rahul Gandhi and other Congress leaders protest on the Parliament Complex. Photo: AICC

Congress and Akali Dal MPs on Thursday protested at Parliament House in solidarity with the farmers, who are here on Thursday to protest against farm laws.

Congress leader Rahul Gandhi led the party’s agitation on the issue at the Gandhi statue.

“Akali Dal won’t give up till farm laws are repealed,” Sukhbir tweeted.

Adjournment notices in both Houses on the issue were disallowed by presiding officers.