Coming together of 16 opposition parties a larger gain: Jairam Ramesh 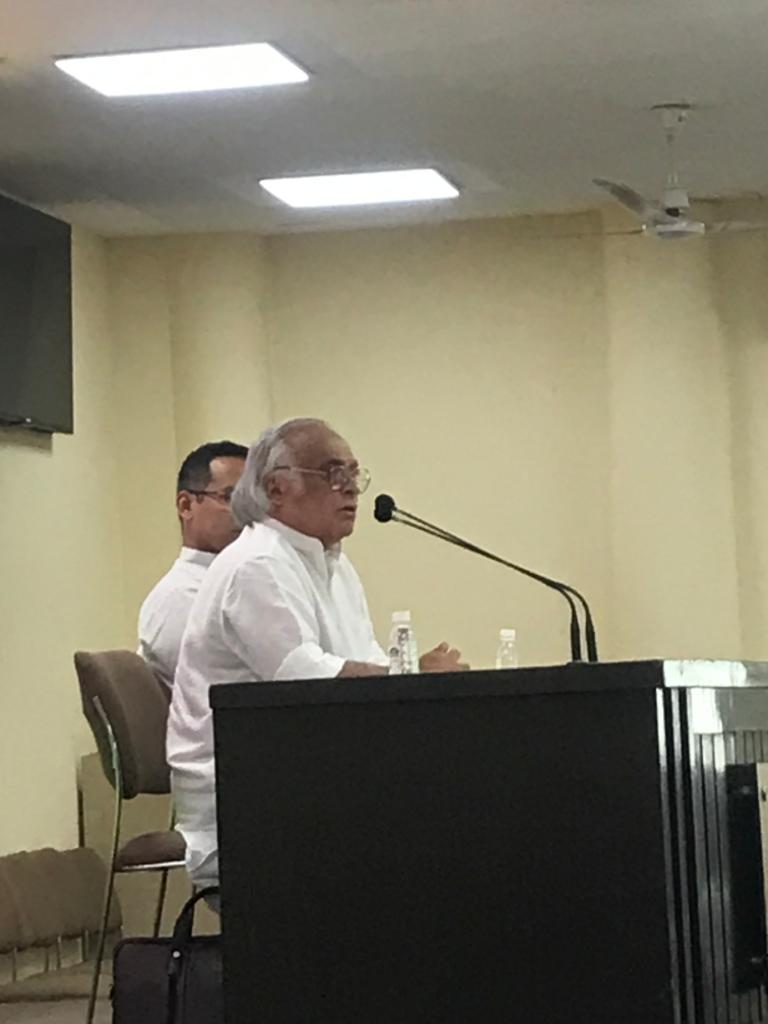 Terming the just adjourned Monsoon Session of Parliament as disappointing in terms of people’s issues raised and answered, the Congress on Tuesday counted party’s persistent mobilisation on price rise and GST and opposition’s unity on Supreme Court’s PMLA judgment as major gains of the session.

Party’s chief whip, general secretary and MP Jairam Ramesh, while acknowledging the opposition camp’s inability to get the TMC on board for the vice presidential poll, said the larger benefit of the Session was the coming together of 16 opposition parties to sign a joint statement raising concerns about the Supreme Court order upholding the ED’s sweeping powers under the PMLA.

“Also, the Congress is now in mobilisation mode. We are now agitating in Parliament and outside.

“One-and-a-half day of the Session was lost to disruption by government and not the opposition when they kept insisting on party president Sonia Gandhi’s apology after our leader Adhir Ranjan Chowdhury had said sorry for his remarks on President Droupadi Murmu,” said Jairam.

He added that the government had no appetite to run the House until August 12 and despite listing 32 bills at the start of the Session, it was able to get only six passed in Lok Sabha and five in Rajya Sabha.

“This speaks volumes about the government’s floor management. We had from day one insisted that a discussion on price rise should be the first debate in the two Houses. The government did not agree. They delayed the price rise debate for two weeks. Once the debate was held, we were ready to take up business until August 12 but the government was not enthused to run the Session,” Ramesh said.

In a jibe at Prime Minister Narendra Modi, the Congress veteran noted, “We were glad to see the PM attend Parliament for the first time On Monday even if it was for a little while to bid farewell to M Venkaiah Naidu.”

The Congress leader said a great benefit to the party was its consistent protests on people’s issues and the August 5 protest against the Enforcement Directorate which, he said, “had Home Minister Amit Shah on the back foot”.