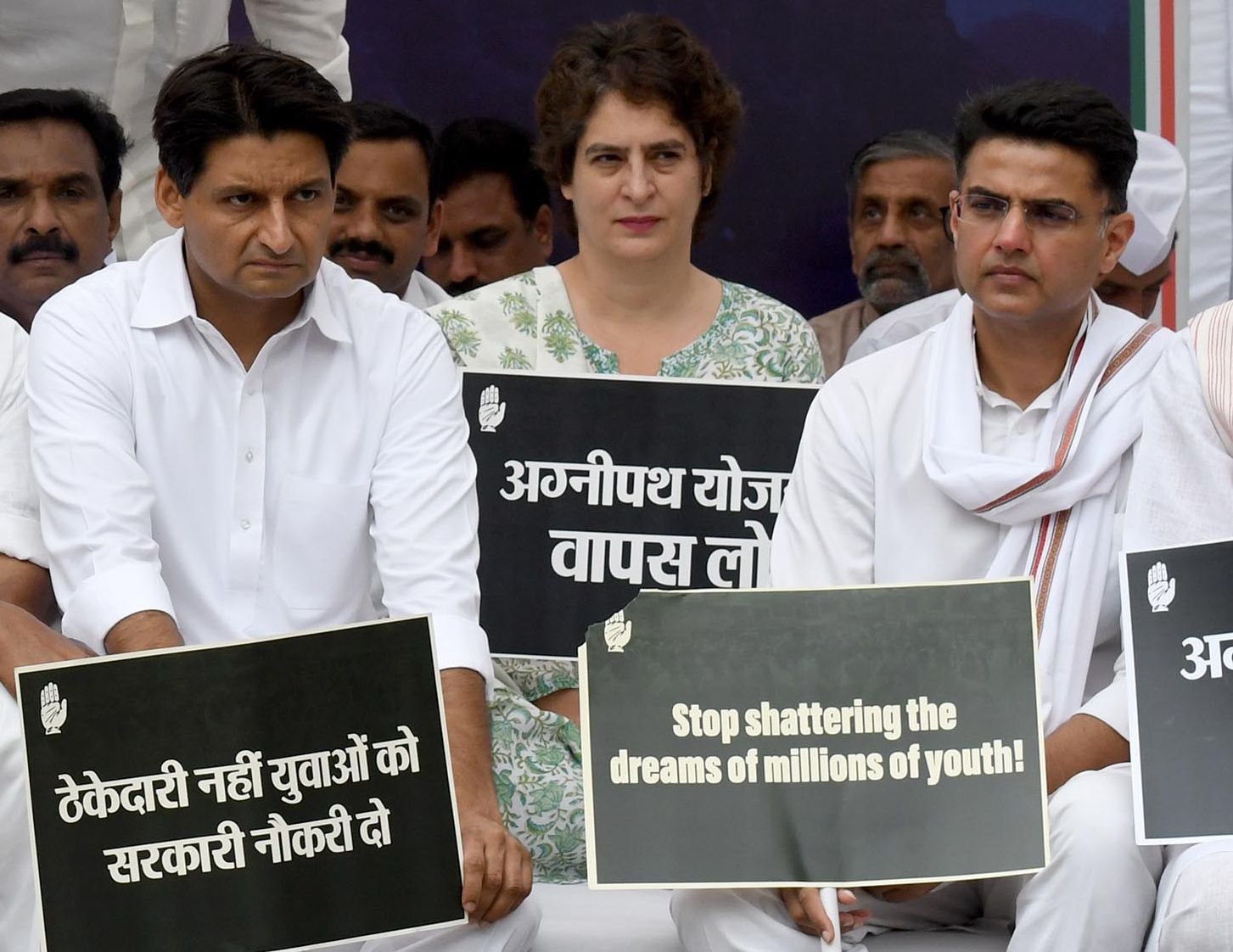 ‘Agniveers as guards’: Vijayvargiya under fire

Delhi CM Arvind Kejriwal and Congress leader Rahul Gandhi slammed BJP’s Kailash Vijayvargiya over his remarks that he would grant priority to Agniveers if he had to hire guards for the BJP office. “PM’s silence on such remarks is a stamp on this indignation being meted out to soldiers,” said Rahul. “Don’t insult the youth and soldiers to this extent,” said Kejriwal. TNS

Topple the govt, but peacefully

Agnipath will destroy the country's youth. It will destroy the Army. Dislodge this government while following democratic, peaceful and non-violent means of protest. — Priyanka Gandhi Vadra, Congress leader

The opposition is doing politics on issues of national security and armed forces just to destabilise the govt. The Cong’s ‘Satyagraha’ in support of Agnipath protests is pure politics — Sambit Patra, BJP Spokesperson