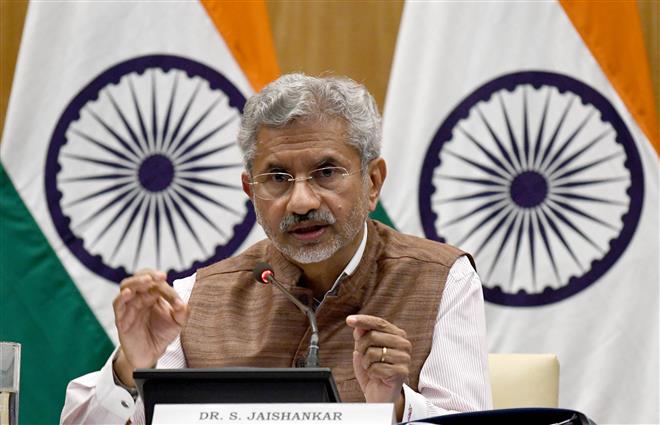 Though India believes that greater connectivity is an economic force multiplier, any serious connectivity initiative must be consultative, transparent and participatory, External Affairs Minister S Jaishankar said at a virtual meeting of the SCO Council of Heads of Government today.

China is also a part of the Shanghai Cooperation Organisation (SCO) and Jaishankar’s observation about connectivity projects being consultative and participatory was hinting at Beijing’s China-Pakistan economic corridor, which traverses through Pakistan-occupied Kashmir, a territory claimed by India.

India considers the SCO as an important regional group to promote cooperation in various fields, but it is unfortunate to note that there have been repeated attempts to deliberately bring bilateral issues to the SCO. — S Jaishankar, External Affairs Minister

Jaishankar also said India had been taking steps to operationalise the Chabahar port in Iran to provide a secure and commercially viable access to the sea for Central Asian countries.

“India has also proposed that the Chabahar port must be included in the framework of the International North-South Transport Corridor (INSTC). I would like to reaffirm India’s commitment to cooperate, plan, invest, and build physical and digital connectivity in the SCO region,” he said.

Earlier this month, Iran, which is also an SCO member, had expressed dissatisfaction with economic ties with India. In a meeting with National Security Adviser (NSA) Ajit Doval, the visiting secretary of the Supreme National Security Council (SNSC) of Iran Ali Shamkhani had reportedly commented on India’s slow pace in developing the Chabahar port.

Jaishankar dwelt at length on India emerging as an economic force at the global level and pointed out that despite the devastation caused by Covid, “India’s agile response in fighting the pandemic and ensuring economic stability has been noteworthy”.

India’s trade performance has also been strong, growing by more than 20 per cent this year.