Couple, 3 daughters charred to death in car in Chhattisgarh

The victims were returning home after attending a wedding 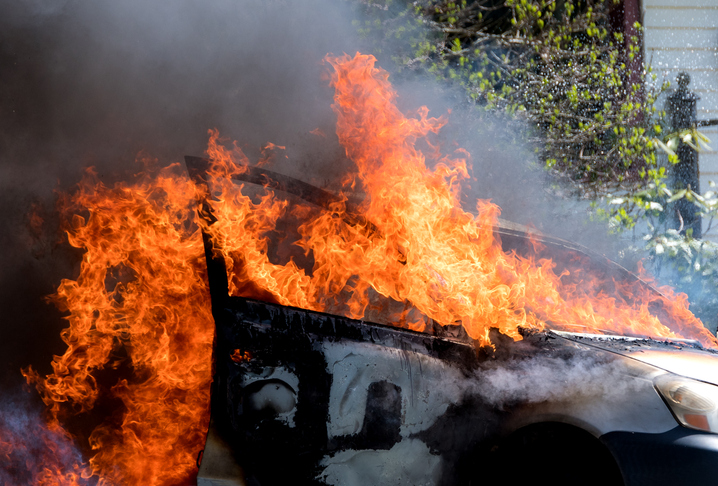 A businessman, his wife and the couple's three daughters were burnt to death when their car caught fire after hitting the railing of a culvert in this district on Friday, police said.

The victims, natives of Khairagarh town in the district, were returning home after attending a wedding in neighbouring Balod district, they said.

The accident took place around 2 am near Singarpur village under Thelkadih police station limits, a police official said.

"According to an eyewitness, the car overturned after hitting the railing of a culvert and skidded off the road. Subsequently, fire broke out in the vehicle leaving all five occupants dead on the spot," he said.

The deceased were identified as Subhash Kochar, his wife Kanti Devi and their daughters - Bhavna, Kumari Vriddhi and Puja, he said, adding that their daughters were aged between 20 to 25 years.

Soon after being alerted, a police team reached the spot and doused the fire and retrieved the charred bodies, he said.

Further investigation is underway, he added.

Chief Minister Bhupesh Baghel has expressed condolence to the family members of the deceased persons, an official statement said.

17 hours ago
8
Punjab On The Sidelines