Court: Police behaving as if Delhi’s Jama Masjid is Pakistan

Pulls up cops over shoddy handling of anti-CAA protests 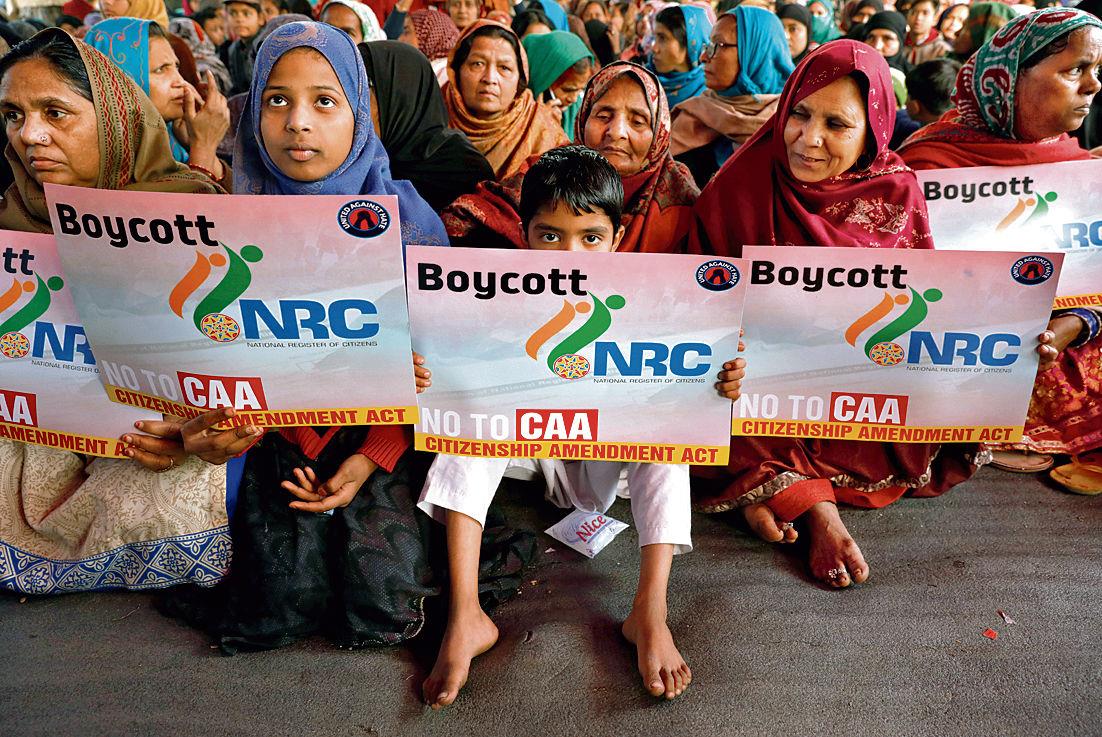 A Delhi court on Tuesday pulled up the Delhi Police for their poor handling of anti-Citizenship (Amendment) Act protests, saying that they were behaving as if Jama Masjid was Pakistan.

What is the problem with going to Jama Masjid? What is wrong with (Bhim Army chief holding) dharna? It is one’s constitutional right to protest. Where is the violence? Have you read the Constitution?

Additional Sessions Judge Kamini Lau also said people were out on streets as what should have been said inside Parliament was “not said”.

Her strong comments came after the Delhi Police opposed Bhim Army chief Chandrashekhar Azad’s bail plea but failed to show evidence against him. Azad was accused of inciting people during an anti-CAA protest at Jama Masjid on December 20.

Fifteen other people arrested in the case were granted bail by the court on January 9. In his bail plea, Azad claimed that there was no evidence against the allegations made against him in the FIR and his arrest was illegal.

As the Judge asked what evidence the police had to prove the allegations against Azad, Additional Public Prosecutor Pankaj Bhatia referred to social media posts of the Bhim Army chief wherein he called people to come to Jama Masjid and sit in dharna.

“What is the problem with going to Jama Masjid? What is wrong with dharna? It is one’s constitutional right to protest. Where is the violence? What is wrong with any of these posts? Have you read the Constitution? You are behaving as if Jama Masjid was Pakistan and even if it was Pakistan, you can go there and protest. Pakistan was a part of undivided India,” the ASJ said.

Bhatia said Azad had given inflammatory speeches on the premises of Jama Masjid, inciting the gathering to carry out violent protests in the area against the amended Citizenship Act.

“Inside Parliament, things which should have been said were not said and that is why people are out on the streets. We have full right to express our views but we cannot destroy our country. We cannot disintegrate it,” the ASJ said.

When Bhatia said permission was required to hold such protests, the Judge said, “What permission? Even the Supreme Court has said repeated use of Section 144 (prohibition of gathering of five or more persons, holding of public meetings, and carrying of firearms) of the Indian Penal Code was an abuse of the law....

“I have seen many people and many such cases, where protests happened even outside Parliament. Many of them are chief ministers now. Azad is a budding politician, what is wrong with his protests?”

The Judge rebuked the police, saying, “Do you think Delhi Police are so backward that they have no tools to record? There must have been some recording....Give me details of the last three FIRs registered against Azad. Also show if there are any prohibition on such gatherings. Show any law that prohibits this kind of gathering.”

At this, advocate Mehmood Pracha, appearing for Azad, told the court that the accused (Azad) was suffering from polycythemia, a blood disorder, for which he was not given proper treatment by the Tihar Jail authorities till a magistrate court had directed them for the same.

“Probably, Azad has a vague idea of what he wants to say. He is not able to exactly formulate it. He may not be wrong. But probably not able to put it across. If you take up an issue, you do your research. And that is missing,” the court said.

Delhi Bar Council Chairman KC Mittal said: “Every citizen has a fundamental right to peacefully protest…But there is a serious question mark on independent functioning of the police today.”