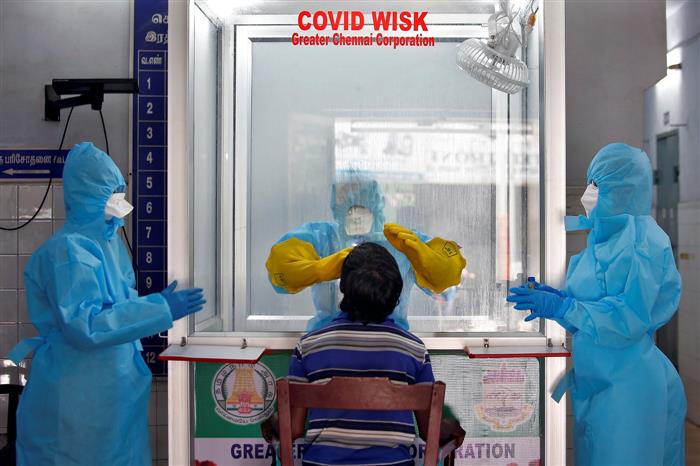 India is not in community transmission stage of SARS Cov2 virus, the government on Thursday clarified, even as cases hovered near eight-lakh mark.

Bhushan said certain areas of India are reporting local outbreaks amenable to containment and the strategy going forward is test track and treat through active containment, house to house surveys and isolation.

The previous mortality trends continue to hold with 85 per cent of all Covid deaths in people above 45 years of population.

The population age group under 14 years to 44 years accounts for only 15 per cent of all deaths, the ministry data shows.

Just 10 per cent people (60 to 74 year olds who are eight per cent of Indians population and 75-plus who are two per cent of national population) account for over half the deaths at 53 per cent.