Three of 13 Akharas attending Kumbh have now called off festivities 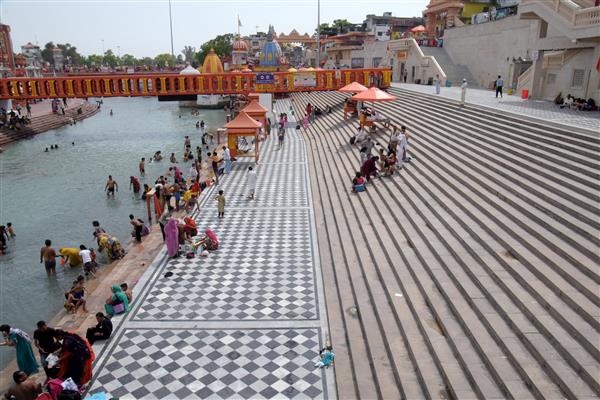 The ongoing Kumbh, the world’s largest religious congregation, is all set to end earlier than expected after one of the most prominent religious groups attending the event, the Juna Akhara, called off their participation today.

Juna Akhara chief Avdheshanand Giri ended the group’s participation in the Kumbh hours after Prime Minister Narendra Modi called him personally to appeal that the event be kept symbolic now. “The people of India and their safety is our priority. Keeping the surging COVID 19 in view, we have concluded the ritual of immersing the Gods to mark the conclusion of the Kumbh,” Giri said on Twitter.

Giri’s announcement came hours after the PM posted details of his appeal to the saints on Twitter.

“Spoke to Acharya Mahamandaleshwar Avdheshanand Giri ji and enquired about the health of the saints. The saints are cooperating in every way with the administration. I have requested them to now keep the Kumbh symbolic since two shahi snans have already concluded. This will strengthen the battle against COVID 19,” said the PM, urging that the Mela be concluded now.

Over 3,000 saints attending Kumbh tested positive in recent days with experts warning the government of a massive super spreading potential of the congregation that left one prominent religious leader dead.

Top government sources said health experts had warned of the pandemic blowing over if religious and election congregations continued the way they are going.

Earlier this week, the Niranjani Akhara and the Tapo Sidhi Anand Akhara had announced that they are concluding the Kumbh rituals.

With Juna Akhara too pulling out, three of the 13 Akharas attending the Kumbh have now called off the festivities in the wake of a surging COVID virus.

Kumbh was always feared as a potential super spreader event.

The fears that it could blow over in terms of infections have grown further in recent days with the Lancet reporting that super spreader events were the prime movers of the pandemic across the world.