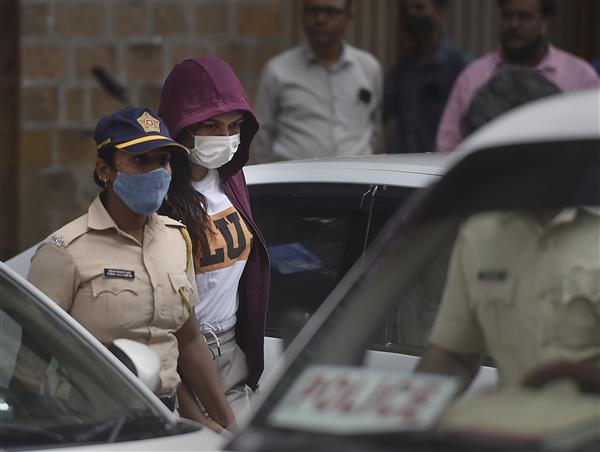 An accused being taken to Arthur Road jail from Narcotics Control Bureau office after being arrested in connection with the alleged seizure of banned drugs from a cruise ship. PTI file

A special NDPS Act court here on Tuesday granted bail to two persons arrested in a drug seizure case in which Bollywood actor Shah Rukh Khan’s son Aryan is one of the accused.

Manish Rajgaria and Avin Sahu became the first accused in this high-profile case to get bail.

The Narcotics Control Bureau (NCB) had claimed that the two were among the “guests” on the cruise ship where narcotic drugs were recovered off the Mumbai coast on October 2.

The NCB has arrested as many as 20 people in the case including Aryan Khan.

The special court for Narcotic Drugs and Psychotropic Substances Act cases had earlier rejected the bail applications of Aryan and two others in the case. The Bombay High Court will continue to hear their bail pleas tomorrow. PTI