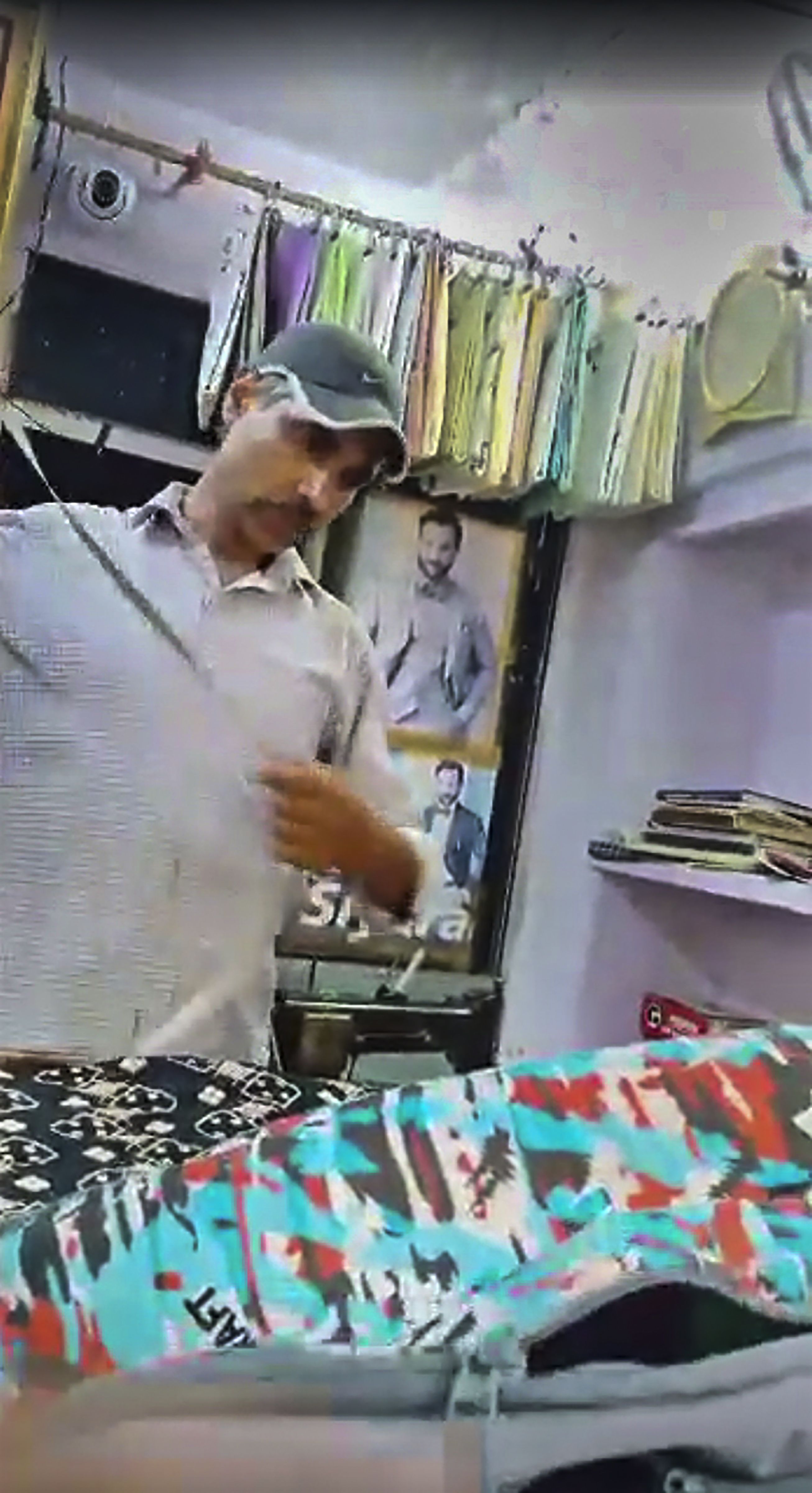 Kanhaiya Lal, a tailor at his shop before he was attacked by an assailant with a sharp weapon while the other filmed the crime, in Udaipur on Tuesday. PTI Video Grab

Curfew was imposed in parts of Udaipur and prohibitory orders clamped across Rajasthan on Tuesday after the killing of a tailor triggered tension.

Kanhaiya Lal (40) was beheaded by two assailants in his shop days after he allegedly supported former BJP spokesperson Nupur Sharma in a post on social media.

The assailants entered the tailor’s shop on the pretext of buying clothes and attacked him with swords. Taking responsibility of the crime, the accused later posted purported video of the incident online.

The police later caught two men in connection with the incident. Appealing for peace, Rajasthan CM Ashok Gehlot urged people to refrain from sharing the video. Sources said Kanhaiya had been getting threats ever since he backed Nupur over her alleged comments against Prophet Muhammad. Heavy police deployment was ordered in the area, where family members and locals held a protest. Appealing for peace, the CM tweeted, “Culprits will be meted out the severest possible punishment.”

The BJP blamed the crime on the “appeasement politics of the Congress. Congress leaders Rahul Gandhi and Priyanka Gandhi Vadra called for immediate action.

The Centre has rushed a team of the NIA to Udaipur.