Heavy to extremely heavy rainfall expected in the region 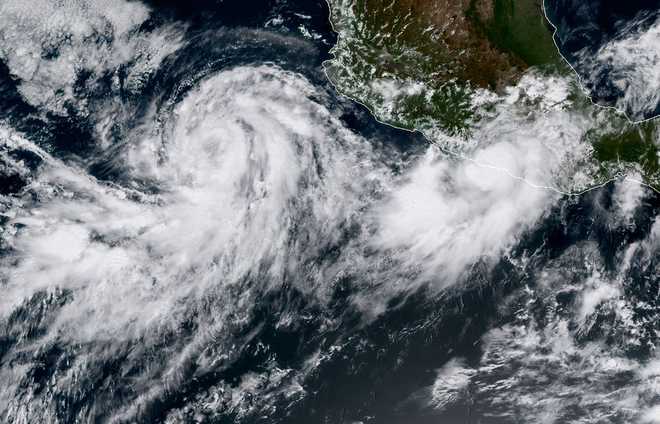 A meeting of the NCMC, headed by Cabinet Secretary Rajiv Gauba, was held to take stock of the preparations for the cyclone.

Seventeen teams of the National Disaster Response Force (NDRF) have been deployed in Odisha and West Bengal in view of the approaching cyclone 'Amphan', the chief of the force said on Sunday.

NDRF Director General S N Pradhan said in a video message that the federal contingency force is "watching the situation closely from the headquarters and we are in touch with state governments, the Indian Meteorological Department and all stakeholder agencies".

"The trajectory is mostly towards West Bengal, Sagar Islands and probably towards Bangladesh.... But we have to watch the trajectory very closely. NDRF has deployed the teams well in advance. They are either deployed or moving towards the destination," he said.

In Odisha, 10 teams have been deployed in seven districts—Puri, Jagatsinghpur, Kendrapara, Jajpur, Bhadrak, Balasore and Mayurbhanj.

One team of NDRF consists of around 45 personnel.

These teams are already been deployed and the personnel are either conducting awareness drives or implementing preparatory measures.

Cyclonic storm 'Amphan' (pronounced as UM-PUN) is moving over southeast Bay of Bengal and neighbourhood and has been turning north-northwestwards with a speed of six kmph over past six hours, the home ministry said on Sunday.

Heavy to extremely heavy rainfall, accompanied by high speed winds and tidal waves, are expected in the region due to Cyclone 'Amphan'. PTI