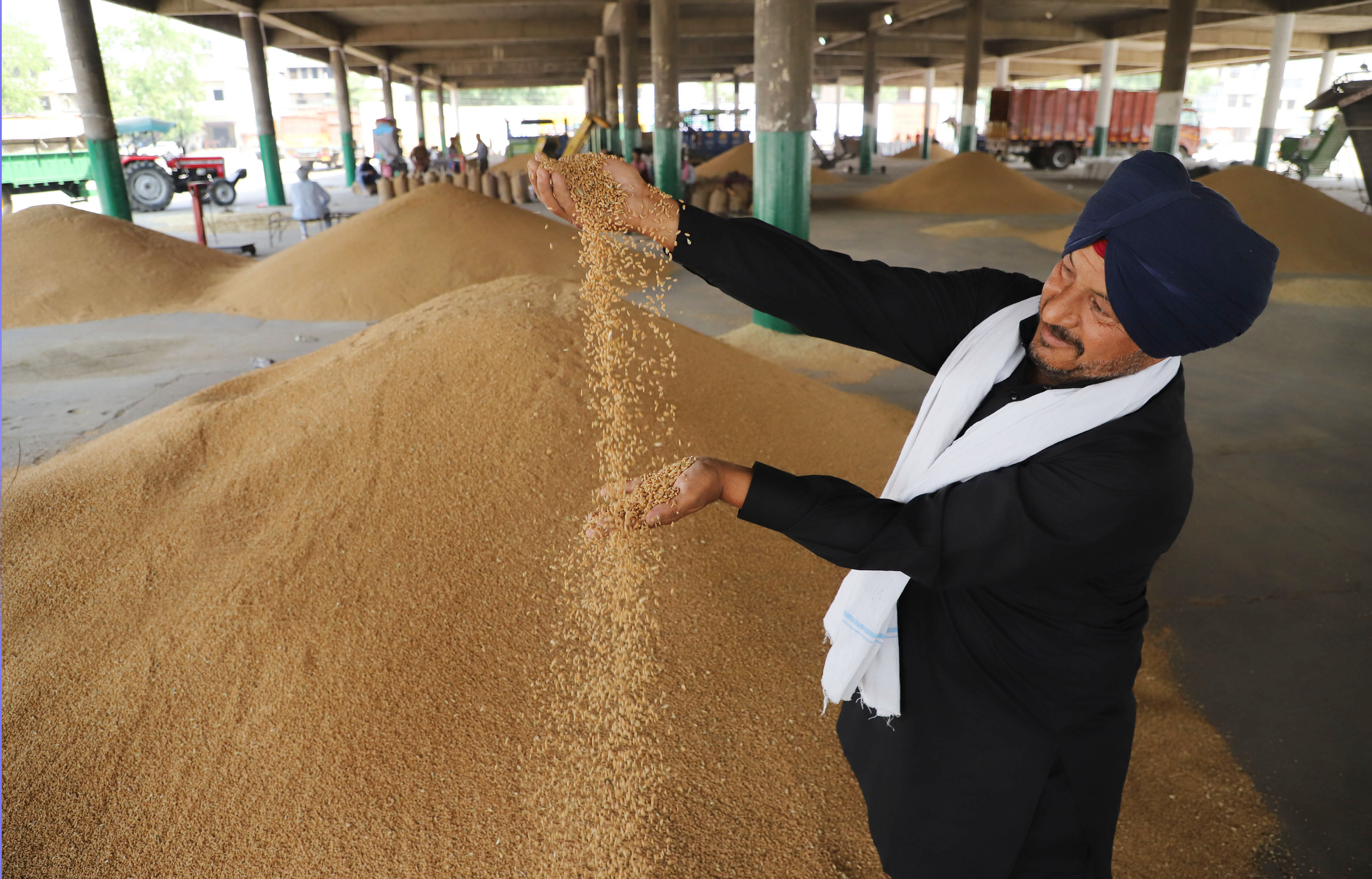 The procurement in the ongoing 2022-23 marketing year began in April. Tribune file

After imposing a ban on exports, the Centre on Sunday asked wheat producing states with procurement closing dates expiring early to continue purchases till May 31.

The Ministry of Food and Public Distribution and Consumer Affairs also asked the FCI to continue with wheat procurement under the central pool.

Wheat procurement under the central pool has been less during the Rabi Marketing Season 2022-23 as compared to RMS 2021-22 due to the higher market prices than MSP with farmers selling to private traders. The extended period will benefit farmers, it said.

Official sources, meanwhile, added that due to increasing prices in the domestic and international markets, several farmers and traders did not bring their grain to the markets for procurement.

Due to negligible pace of wheat arrivals in recent days, a request was made to allow premature closure of mandis, they said.

While they are still not very hopeful about large quantities arriving, they believe an “extended window” may help the central agencies to mop up some additional wheat and build stocks. The Centre is also contemplating a “bonus” over and above the MSP to encourage farmers, they said.

Till May 14, the government’s wheat procurement reached 18 million tonnes in the ongoing 2022-23 year, much less than 36.7 MT recorded year-ago.

Notably, the Centre’s decision to ban the wheat export has been criticised by many, including farmers and private traders expecting a good season due to higher global demand.

Not very hopeful of the move having “much effect”, experts say the government is trying to show that “it is taking all steps to control the prices” but the “harm has already been done”.

“Since the beginning of harvest season, government machinery has facilitated wheat purchase by the private sector. When wheat prices registered an increase of 8-13% in one month, despite the repeated assurance of the government on buffer stock, another knee jerk reaction has been initiated. As of now wheat stock is either with corporate companies or government agencies,” he said.

Maximum wheat is procured in the first few weeks of the year.

The wheat procurement target was revised to 19.5 MT from the earlier target of 44.4 MT for this year.

The procurement in the ongoing 2022-23 marketing year began in April.

The Centre said the decision has been taken following requests by state governments and UTs to continue the procurement process amid rising prices of the grain and by-products as ‘atta’.

The government on May 13 restricted the export of wheat to rein in high prices of wheat, except in case of an irrevocable letter of credit and requests from neighbouring/food-deficit countries.