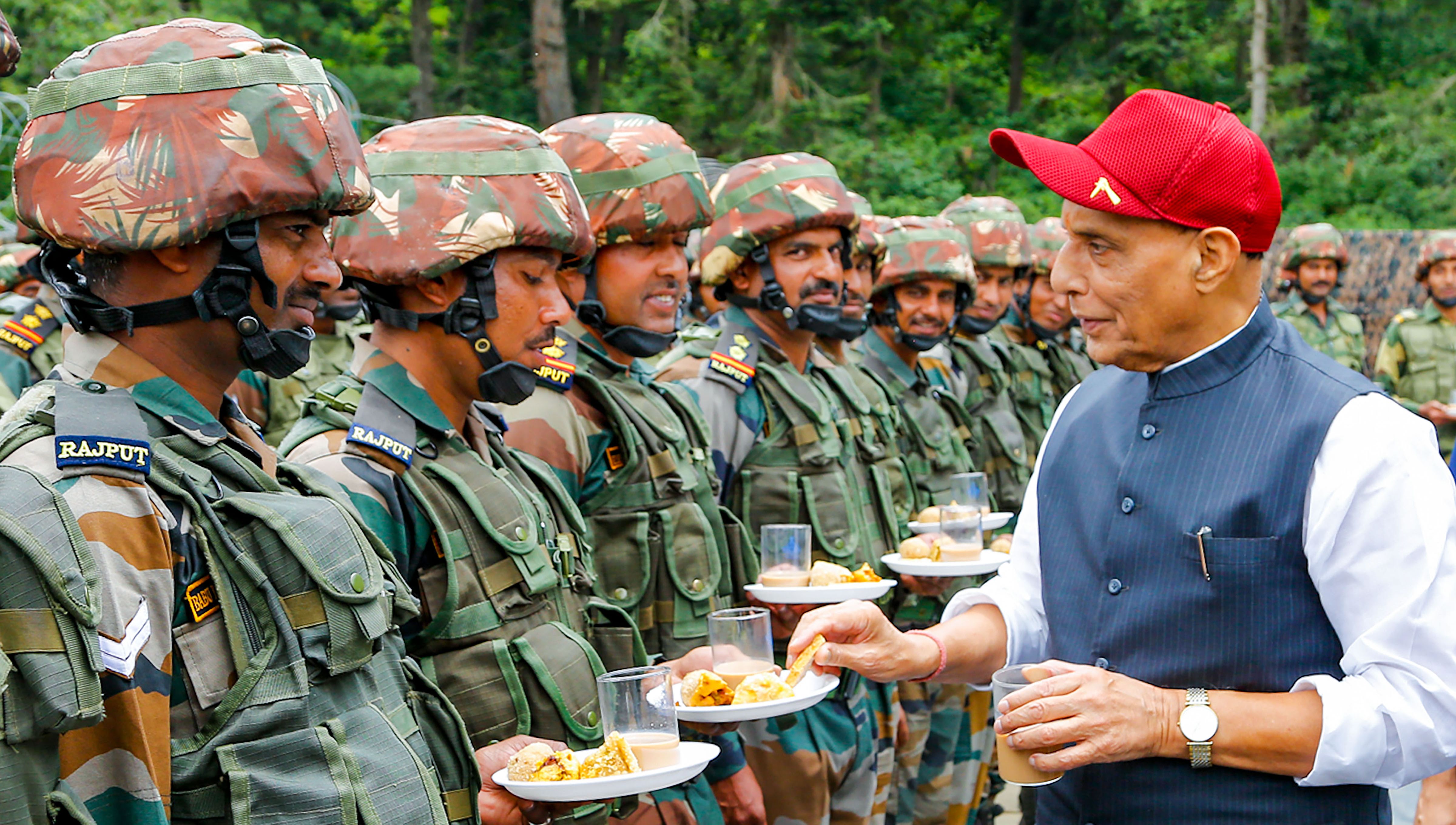 Defence Minister Rajnath Singh today paid tributes to the Army personnel killed in the Galwan valley clashes two years ago. “Remembering the heroes of Galwan who fought valiantly for the honour of the country and laid down their lives on June 15-16, 2020. I pay homage to those bravehearts,” he tweeted.

Singh, who is on a two-day visit to J&K, said, “Pakistan tries to disturb peace in India through its policy of bleed India with a thousand cuts, but in the process bleeds itself.”

He said the UT recently witnessed a significant decline in the number of terror activities due to the relentless efforts of the Army and other security forces.

“Our neighbour has always resorted to anti-India activities,” Singh said after visiting the forward areas of J&K where he took stock of the security situation along the border. He said if an attempt was ever made to hurt the unity and integrity of India, the armed forces would give a befitting reply.